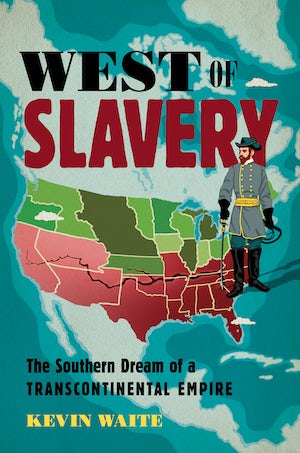 When American slaveholders looked west in the mid-nineteenth century, they saw an empire unfolding before them. They pursued that vision through diplomacy, migration, and armed conquest. By the late 1850s, slaveholders and their allies had transformed the southwestern quarter of the nation – California, New Mexico, Arizona, and parts of Utah – into a political client of the plantation states. Across this vast swath of the map, white southerners defended the institution of African American chattel slavery as well as systems of Native American bondage. This surprising history uncovers the Old South in unexpected places, far beyond the region’s cotton fields and sugar plantations.

Slaveholders' western ambitions culminated in a coast-to-coast crisis of the Union. By 1861, the rebellion in the South inspired a series of separatist movements in the Far West. Even after the collapse of the Confederacy, the threads connecting South and West held, undermining the radical promise of Reconstruction. Kevin Waite brings to light what contemporaries recognized but historians have described only in part: The struggle over slavery played out on a transcontinental stage.

Kevin Waite is assistant professor of history at Durham University.
For more information about Kevin Waite, visit the Author Page.

"Waite provides vivid detail in this readable narrative, as well as abundant documentation of primary and secondary sources and helpful maps and illustrations. . . . Readers interested in the South and Confederacy will benefit from this fine work that broadens our understanding of this important era of American history."—Library Journal

"Corrects oversights on Western slavery that are rooted in familiar mythology. . . . By showing how slavery was integral to the development of the Southwestern territories, Waite brings much-needed energy to the study of Western history, which has for too long regarded the region as special and alien to the controversies that divided the rest of the country. This is a critical contribution to our understanding of why slavery poisoned the whole nation and not merely a portion."—Los Angeles Review of Books

“Waite succeeds admirably in showing the arbitrariness of our contemporary historiographical divisions and how much can be gained by placing southern and western history in dialogue with one another.” —Karl Jacoby, Journal of the Early Republic

“An important entry into the study of the region during this critical nation-building period, Waite’s work reveals how the fight to ensure the continuation of slavery in the United States spread from coast to coast, providing an absorbing perspective on the road to civil war.” — Civil War History

"West of Slavery recovers how a vast region dominated by scrupulous ruling elites, blessed by federal powerbrokers, and regulated by militant racial violence played critical roles in the sectional crises of the 1850s, the transnational aims of the slaveholding Confederacy, and the devastating white “redemption” of the Reconstruction era. In spanning the entire Civil War era, Waite compels scholars to reconsider their prior assumptions."—Andrew F. Lang, Missouri Historical Review

"Waite’s statement that 'slaveholders lusted after a transpacific dominion' is vividly supported by this book. . . . Kevin Waite is not only a determined scholar. He is also a wonderful writer."—Boom California 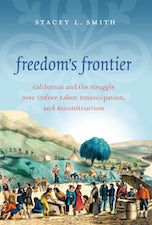