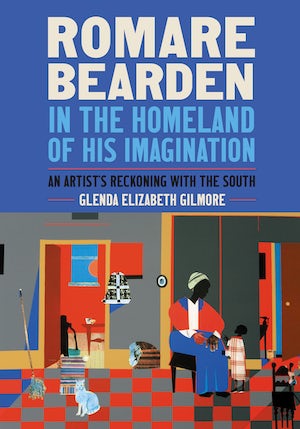 Hardcover Available May 2022, but pre-order your copy today!

Romare Bearden (1911–1988), one of the most prolific, original, and acclaimed American artists of the twentieth century, richly depicted scenes and figures rooted in the American South and the Black experience. Bearden hailed from North Carolina but was forced to relocate to the North when a white mob harassed them in the 1910s. His family story is a compelling, complicated saga of Black middle-class achievement in the face of relentless waves of white supremacy. It is also a narrative of the generational trauma that slavery and racism inflicted over decades. But as Glenda Gilmore reveals in this trenchant reappraisal of Bearden’s life and art, his work reveals his deep imagination, extensive training and rich knowledge of art history.

Gilmore explores four generations of Bearden’s family and highlights his experiences in North Carolina, Pittsburgh, and Harlem. She engages deeply with Bearden's art and considers it as an alternative archive that offers a unique perspective on the history, memory, and collective imagination of Black southerners who migrated to the North. In doing so, she revises and deepens our appreciation of Bearden’s place in the artistic canon and our understanding of his relationship to southern, African American, and American cultural and social history.

“This book tells of two lives in one. One life is Bearden’s, which Glenda Gilmore tells in sublime detail. The other is the one that exists purely on the page, the work of Gilmore’s historical art—a rare blend of archival curiosity and ethical commitment.”—Alexander Nemerov, author of Fierce Poise: Helen Frankenthaler and 1950s New York 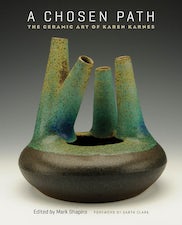 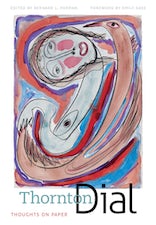