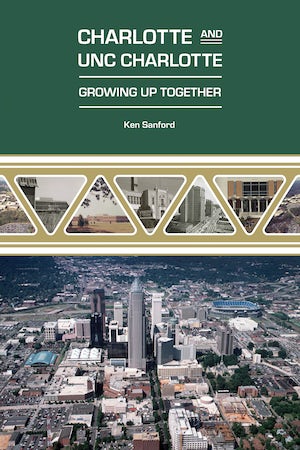 Distributed for the J. Murrey Atkins Library at UNC Charlotte

Charlotte might have built the nation’s first tax-supported university had an institution begun in 1771 survived the American Revolution, but it did not. Over the years, other efforts to establish a public college or university also failed. By the end of World War II when thousands of returning veterans sought an education on the GI Bill, the city found itself without a public institution to accommodate them. This is the story of visionary citizens and their valiant effort to fill that void. It is the story of Bonnie Cone and the other community leaders who shared her dream: Elmer Garinger, Woody Kennedy, Murrey Atkins, and many others.

Many state and local leaders provided crucial support. Bill Friday, president of The University of North Carolina, and his assistant Arnold King, recognized the rising needs of the state’s largest metropolitan region. At key moments, Governors Terry Sanford, Dan Moore, and Robert Scott played pivotal roles. In succession, Chancellors Dean Colvard, E. K. Fretwell, Jr., and James H. Woodward arrived to accept the challenge of building a great university. Throughout, it is the story of dedicated professors, administrators, staff members, students, and generous friends who shared the vision and worked to make it a reality.

It is also a story of struggle: first for existence, then for facilities and public support, and finally for state and national recognition. Above all it is a story of success--of triumph over apathy, of startling growth, of rapid progress, of entrepreneurial verve, and of increasing excellence.

Ken Sanford is a native of the North Carolina mountains who came to Charlotte to tell the Charlotte College and UNC Charlotte stories as they unfolded. As director of public information, he had an insider’s view of the University's history. His recounting of those years of struggle and achievement is full of personal vignettes, of insights into personalities and events, of amusing anecdotes and exciting opportunities. It is a chronicle of interest to friends of Charlotte and UNC Charlotte and one that might inspire education leaders elsewhere to dream similar dreams.
For more information about Ken Sanford, visit the Author Page.

Doug Orr is president emeritus of Warren Wilson College, where he founded the Swannanoa Gathering music workshops. His books include The North Carolina Atlas: Portrait for a New Century and Wayfaring Strangers: The Musical Voyage from Scotland and Ulster to Appalachia.
For more information about Doug Orr, visit the Author Page. 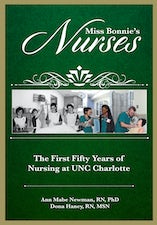 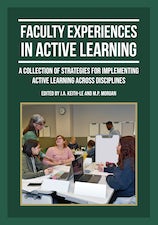