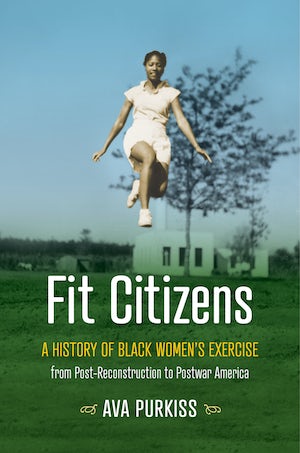 At the turn of the twentieth century, as African Americans struggled against white social and political oppression, Black women devised novel approaches to the fight for full citizenship. In opposition to white-led efforts to restrict their freedom of movement, Black women used various exercises—calisthenics, gymnastics, athletics, and walking—to demonstrate their physical and moral fitness for citizenship. Black women's participation in the modern exercise movement grew exponentially in the first half of the twentieth century and became entwined with larger campaigns of racial uplift and Black self-determination. Black newspapers, magazines, advice literature, and public health reports all encouraged this emphasis on exercise as a reflection of civic virtue.

In the first historical study of Black women's exercise, Ava Purkiss reveals that physical activity was not merely a path to self-improvement but also a means to expand notions of Black citizenship. Through this narrative of national belonging, Purkiss explores how exercise enabled Black women to reimagine Black bodies, health, beauty, and recreation in the twentieth century. Fit Citizens places Black women squarely within the history of American physical fitness and sheds light on how African Americans gave new meaning to the concept of exercising citizenship.

Ava Purkiss is assistant professor of women's and gender studies and American culture at the University of Michigan.
For more information about Ava Purkiss, visit the Author Page.

"This is a smart, compelling, and imaginative book that illuminates the meaning of fitness in the lives of everyday African American women, both historically and in the contemporary moment. With rich analyses and a creative use of source material, Purkiss deftly weaves together questions of fitness, race, and self-definition into an engaging and insightful work."—Natalia Mehlman Petrzela, author of Fit Nation: The Gains and Pains of America's Exercise Obsession