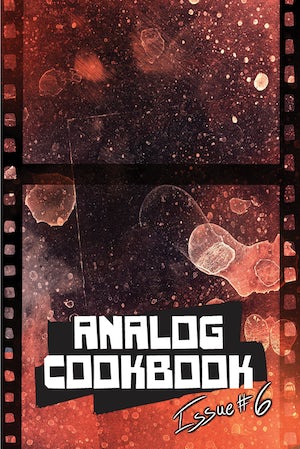 Essays, films, and other work featured in Analog Cookbook 6:

* “The Allure: or how I shot my directorial debut on 16mm film + some tips for those looking to direct a narrative work on analog” an essay by Joanna Decc

* “Letter from Korlai” a short essay film by Aman Wadhan

* “Trengellick Rising: A Cornish language short film and deep dive into a cinematic rabbit hole” an essay by Guy Potter

* “Building an Edge” by Britany Gunderson; “Cyanotype Madness: A Timeline” essay and recipe by Gabby Sumney

* “The Perfect Human” film by Lilan Yang; “King Presley” a documentary by Giovanni Tortorici; “The Samsara I Saw” film by Gabriel D. Evaristo

* “Sun Coming and Casting a Shadow” film by Daniel Robin

* “This Little Light of Mine: Why is Experimental Cinema the best way to talk about epilepsy?” an essay by Malo Sutra Fish 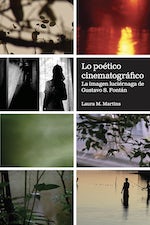 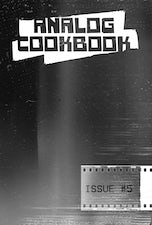