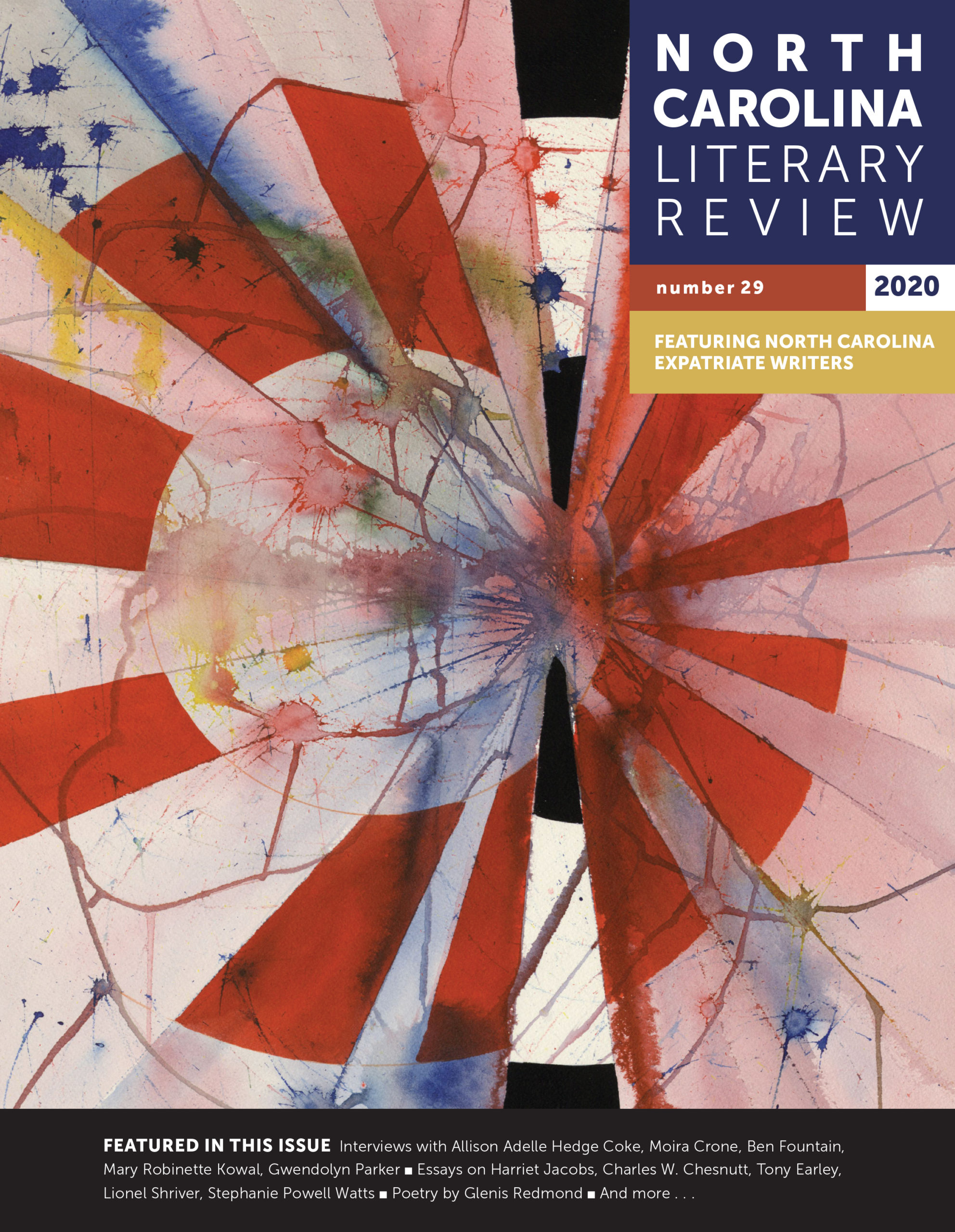 The North Carolina Literary Review (NCLR) publishes poetry, fiction, and nonfiction by North Carolina writers, as well as interviews, articles, and essays about the state’s authors, literary history, and writing culture. A cross between a scholarly journal and a literary magazine, NCLR has won numerous awards and citations, including five from the Council of Editors of Learned Journals: the Best New Journal award in 1994, the Best Journal Design award in 1999 and 2010, the Parnassus Award for Significant Editorial Achievement in 2007, and the Phoenix Award for Significant Editorial Achievement in 2014.

The NCLR is produced at East Carolina University. Started in 1991, it was inspired by the North Carolina Literary and Historical Association to be a companion to the North Carolina Historical Review, with a mission to promote and support writers who are a part of the state’s rich literary tradition. NCLR not only introduces new and emerging writers, but also celebrates forgotten authors who have influenced the culture and history of the Old North State.

The print issue is published in the summer. It is available via subscription and in independent bookstores across the state. Since 2012, a separate, open access digital issue (NCLR Online) is published in the winter. The creative writing in both issues is complemented with fine art by North Carolina artists.

Editor since 1997, Margaret D. Bauer is the Rives Chair of Southern Literature and Distinguished Professor of Arts and Sciences at East Carolina University in Greenville, where she received the university’s Lifetime Achievement Award in Research and Creative Activity in 2014. She is the author of The Fiction of Ellen Gilchrist (1999), William Faulkner’s Legacy (2005), Understanding Tim Gautreaux (2010), and A Study of Scarletts: Scarlett O’Hara and Her Literary Daughters (2014), as well as numerous articles in scholarly journals. She has also edited two Paul Green books: James Spence’s Green biography and a new critical edition of Green’s play The House of Connelly.

The NCLR has been adopted as an official publication of the North Carolina Literary and Historical Association. Members receive a subscription to the journal as a benefit of membership. For more information, visit our membership page.

We have a partnership with Duke University Press (DUP) for print subscriptions. Agencies are eligible for a discount on the institutional rate. If you have questions about an existing subscription please contact DUP Journals Services:

Fugitive Slave Ex-Pats: The Myth of Northern Black Freedom in Harriet Jacobs’s Incidents in the Life of a Slave Girl
by Ryan David Furlong

Gwendolyn Parker on Community, Writing, and the “Human Capacity for Forgiveness and Growth”
an interview by Jenn Brandt

“I want out”: The Expatriate  Lionel Shriver
by Eric Walker

“music Is the bearing”: An Interview with Allison Adelle Hedge Coke
by Amber Flora Thomas

The Change; America, I Sing Back; Putting Up Beans; and Off-Season
four poems by Allison Adelle Hedge Coke

Hard Work and Determination Pay Off: An Interview with Ben Fountain
by Michael K. Brantley
photography by Watson Brown

“Fight for your life”: Segregation, Im/mobilities, and the Fight for African American Futures
in Stephanie Powell Watts’s No One Is Coming to Save Us
by Maia L. Butler and DeLisa D. Hawkes
art by Jamaal Barber

The Master of Movement: An Interview with Mary Robinette Kowal
by Helen Stead

FLASHBACKS: ECHOES OF PAST ISSUES

Tell us what books you will advertise so that we may place your ad appropriately in the issue.

10% discount on all pre-paid ads; 10% discount if reserved before February (the earlier the better for best placement of ad). Only one discount period.
For accounts billed, full amount due within 30 days of publication. We anticipated publication of each issue in July. First-time advertisers may be asked to pay in advance.

1000-1500 copies
Current subscriptions: 500+
Retail sales: locations throughout NC, from Ocracoke to Sylva
Excess print run is distributed to magazines, book review editors, publishers, agents, writers, and academics across the US.

To order back issues of Numbers 1-26 please visit the NCLR store at East Carolina University.