Great Circle Books publishes literary nonfiction—including memoir, literary journalism, personal and lyric essays, and work that defies easy classification—by emerging writers. The Great Circle is the intersection of lines on the celestial sphere—lines overlapping and creating new entryways of understanding. In that spirit, Great Circle Books seeks, through innovative work, to merge the human experience with our relationship to place. Its books are intended for general readers, as well as students and teachers of writing, particularly those interested in urgent and previously unvoiced cultural conversations that offer new ways to see and understand a world in a constant state of flux.

As much as the series emphasizes groundbreaking, place-based literary nonfiction, Great Circle aims to provide a welcoming space for writers broadly defined as emerging—emphasizing those who have not yet published a book-length work of literary nonfiction. The series is particularly invested in writers who lack access to publishing networks like agents and editors, and who have been overlooked by large commercial presses.

Our series editors and editorial board members create a wide-reaching network of writers, readers, teachers, editors, and thinkers who offer deep and valuable perspectives on emerging literary nonfiction, particularly areas of interest and trends that may not yet be embraced by mainstream literary publishing. 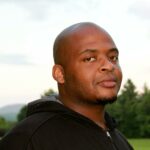 Kiese Laymon is a Black southern writer from Jackson, Mississippi. Laymon is the author of the NAACP Image Award winning novel, Long Division and the essay collection, How to Slowly Kill Yourself and Others in America. Laymon’s bestselling memoir, Heavy: An American Memoir, won the 2019 Andrew Carnegie Medal for Excellence in Nonfiction, the 2018 Christopher Isherwood Prize for Autobiographical Prose, the Austen Riggs Erikson Prize for Excellence in Mental Health Media, and was named one of the 50 Best Memoirs of the Past 50 Years by The New York Times. Laymon is the Libby Shearn Moody Professor of English and Creative Writing at Rice University and founder of the Catherine Coleman Arts and Justice Initiative. 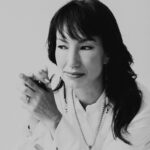 Marie Mutsuki Mockett was born to an American father and Japanese mother. American Harvest: God, Country and Farming in the Heartland (Graywolf) won the 2021 Northern California Book Award for General Nonfiction and is a tribute to the complicated and nuanced history of the United States and its people. Her memoir, “Where the Dead Pause, and the Japanese Say Goodbye,” was a finalist for the 2016 PEN Open Book Award. She lives in San Francisco, and teaches at the Bennington Writing Seminars. 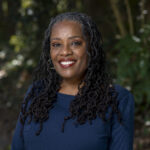 Rosalind Bentley is deputy editor at the Southern Foodways Alliance and editor-at-large for the Oxford American. In 2022 she was named the Interim Director of the Narrative Nonfiction MFA Program at the University of Georgia. A veteran newspaper journalist, she is a Pulitzer Prize finalist, two-time James Beard Award finalist whose work has appeared in the New York Times, Oxford American, Longreads, Gravy, and other publications. Her essay, “Iron and Brass,” is included in the upcoming anthology, Bigger Than Bravery: Black Resilience and Reclamation in a Time of Pandemic (Lookout Books, Fall 2022). 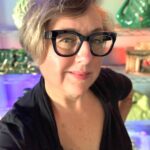 Barrie Jean Borich is author of Apocalypse, Darling, which was short-listed for the Lambda Literary Award. Her memoir Body Geographic won a Lambda Literary Award and her book-length essay, My Lesbian Husband, won the Stonewall Book Award. Borich’s essays have been anthologized in Isherwood in Transit; Critical Creative Writing; Waveform: Twenty-First Century Essays by Women; and in After Montaigne: Contemporary Essayists Cover the Essays, and have been cited in Best American Essays and Best American Non-Required Reading. Borich is a professor at DePaul University in Chicago where she directs the interdisciplinary LGBTQ Studies minor and edits Slag Glass City, a journal of the urban essay arts. 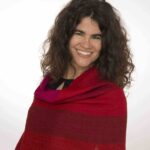 Stephanie Elizondo Griest is a globetrotting author from the Texas/Mexico borderlands. Her five books include Around the Bloc; Mexican Enough; and All the Agents and Saints. She has also written for the New York Times, Washington Post, VQR, The Believer, BBC, and Oxford American. An Associate Professor of Creative Nonfiction at the University of North Carolina-Chapel Hill, she has performed on five continents in capacities ranging from a Moth storyteller to a literary ambassador for the U.S. State Department.

Randon Billings Noble is an essayist. Her collection Be with Me Always was published by the University of Nebraska Press in 2019 and her anthology of lyric essays, A Harp in the Stars, was published by Nebraska in 2021. Other work has appeared in The New York Times, Brevity, Creative Nonfiction, Fourth Genre, and elsewhere. Currently she is the founding editor of the online literary magazine After the Art and teaches in West Virginia Wesleyan’s Low-Residency MFA Program and Goucher’s MFA in Nonfiction Program. You can read more at her website, www.randonbillingsnoble.com.

Hasanthika Sirisena‘s work has been anthologized in This is the Place (Seal Press 2017), in Every Day People: The Color of Life (Atria Books 2018), and twice named a notable story by Best American Short Stories. She has received fellowships from the MacDowell Colony and Yaddo and is a Rona Jaffe Writers’ Award recipient. She is currently faculty at the Vermont College of Fine Arts and Susquehanna University, and she is acting editor at West Branch magazine. Her short story collection, The Other One, won the Juniper Prize and was released in 2016 by the University of Massachusetts Press. Her essay collection Dark Tourist (Mad Creek Books 2022) won the Gournay Prize and is a finalist for a 2022 Lambda Literary Award.

John Jeremiah Sullivan is an American writer, musician, teacher, and editor. He is a Guggenheim Fellow, contributing writer for the New York Times Magazine, and the southern editor of The Paris Review. In 2014, he edited The Best American Essays, a collection in which his work had been featured in previous years. He has also served on the faculty of Columbia University, Sewanee: The University of the South, and other institutions. 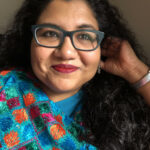 Born in Calcutta and raised in New Delhi, Sayantani Dasgupta received her MFA in Creative Writing from the University of Idaho. Her most recent book is the short story collection Women Who Misbehave (Penguin Viking 2021). She is also the author of Fire Girl: Essays on India, America, & the In-Between—a Finalist for the Foreword Indies Awards for Creative Nonfiction—and the chapbook The House of Nails: Memories of a New Delhi Childhood. Her essays and short stories have appeared in The Rumpus, Hunger Mountain, Southern Humanities Review, The Bellingham Review, The Hindu, Scroll, and numerous other national and international publications. She serves as an Assistant Professor of Creative Writing at the University of North Carolina Wilmington. Besides the U.S., she has also taught writing in India, Italy, and Mexico. 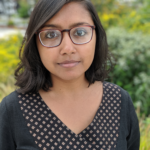 Megha Majumdar is the author of the New York Times Notable novel A Burning, which was nominated for the National Book Award, the NBCC’s John Leonard Prize, and the American Library Association’s Carnegie Medal. She is also the editor in chief at Catapult books, where she acquires literary fiction, narrative nonfiction and memoir. Her authors include Randa Jarrar, Ruby Hamad, Jessica J. Lee, Matthew Salesses, and Noe Alvarez. She grew up in Kolkata, India, and now lives in New York.

Great Circle titles, like all UNC Press books, will go through the peer review process. This involves at least one round of review, with written feedback, by writers and scholars from fields related to the manuscript. Our creative non-fiction titles have benefited from peer review in similar ways to a creative writing workshop—and the process might best  be understood as an additional workshop from experts in the field.

We also strive to provide a balance of peer reviewers: at least one who writes and publishes in the subgenre at hand, and at least one who can speak to the historical, political, and/or cultural context of the work. In this way, the writer receives feedback on craft as well as content, and the manuscript becomes both more engaging and more authoritative.

Peer review provides an additional benefit for writers who may not have had access to professional feedback: an opportunity for the writer provides access to early reactions and suggestions for their work.

Our past creative nonfiction titles have been reviewed in Kirkus, Choice, the Times Literary Supplement, among other media outlets, and serialized in Harper’s, Southern Cultures, and more.

While the Great Circle series is devoted to emerging writers, UNC Press publishes creative nonfiction by more established writers, too. We’re looking to build relationships with writers for the long term, and we welcome returning authors to the larger creative nonfiction list.

We welcome your proposal and will respond to your inquiry as quickly as possible after consulting with the series editors. All proposals should be submitted to greatcircle@uncpress.org

A book proposal should include the following items:

If you’re unsure about how to craft a proposal, please read through our brief guide to manuscript proposals.

We prefer that authors do not submit complete manuscripts unless invited to do so.