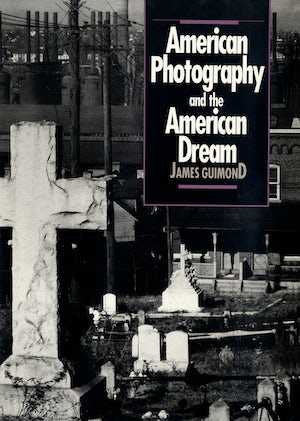 James Guimond's powerful study reveals how documentary photographers have expressed or contested the idea of the American Dream throughout the twentieth century. In Guimond's formulation issues like growth, equality, and national identity came under the rubric of the Dream as it has been used to measure how well the nation is living up to its social and political ideals.

A pathbreaking book, American Photography and the American Dream examines the most important photographers and developments in the documentary genre during this century. It encompasses the reform-era images of Francis Benjamin Johnston and Lewis Hine; the work of Farm Security Administration (FSA) photographers like Walker Evans and Dorothea Lange during both the 1930s and 1940s after the FSA photography unit broke up; the American-Way-of-Life pictures published by Life, Look, and the United States Information Agency during the 1940s and 1950s; the iconoclastic images of William Klein, Diane Arbus, and Robert Frank; and the work of four photographers of the 1970s and 1980s: Bill Owens, Chauncey Hare, Susan Meiselas, and Michael Williamson.

Guimond pays close attention to the specific historical circumstances in which the pictures were made, to the roles the photographers played in making their images, to their intentions, stated and unstated, and to the original contexts in which the images were published or exhibited. These images, he shows, are not merely pictures on museum walls but revelations that can help us understand how we as Americans have seen ourselves, one another, and the world around us.

James Guimond is professor of English and American studies and chair of the English department at Rider College.
For more information about James Guimond, visit the Author Page.

"James Guimond offers a bold view of documentary photography as a means of challenging and questioning the American Dream throughout the 20th century."--Richmond Times-Dispatch

"In his pursuit of the rise and fall of the American dream as represented in documentary photography, [Guimond] draws attention to photography often ignored by mainstream histories."--American Journalism