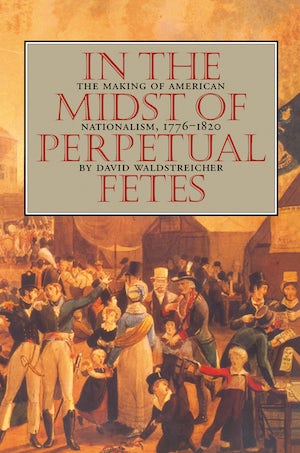 In this innovative study, David Waldstreicher investigates the importance of political festivals in the early American republic. Drawing on newspapers, broadsides, diaries, and letters, he shows how patriotic celebrations and their reproduction in a rapidly expanding print culture helped connect local politics to national identity. Waldstreicher reveals how Americans worked out their political differences in creating a festive calendar. Using the Fourth of July as a model, members of different political parties and social movements invented new holidays celebrating such events as the ratification of the Constitution, Washington's birthday, Jefferson's inauguration, and the end of the slave trade. They used these politicized rituals, he argues, to build constituencies and to make political arguments on a national scale. While these celebrations enabled nonvoters to participate intimately in the political process and helped dissenters forge effective means of protest, they had their limits as vehicles of democratization or modes of citizenship, Waldstreicher says. Exploring the interplay of region, race, class, and gender in the development of a national identity, he demonstrates that an acknowledgment of the diversity and conflict inherent in the process is crucial to any understanding of American politics and culture.

"Standard reading just three years after publication . . . [this book] is on its way to becoming a pivotal work in early American history. . . . A highly original work of political history."--William and Mary Quarterly

“A very readable, extremely competent, thought provoking book, which should be read by all who have an interest in the development of American nationalism.”--American Studies

“Waldstreicher combines cultural theory with fresh research, graceful writing, and a defined subject matter. It is the last three that separate him from others in the field.”--American Studies

“A book that demands the attention of specialists in the early American republic, and of social and cultural historians more generally. . . . Graduate students and serious scholars of the early republic will find much of value here.”--Journal of Social History

“David Waldstreicher’s In the Midst of Perpetual Fetes is enormously ambitious in its attempt to explain the origins of American nationalism, not as ideology simply and abstractly, but as popular political practice. Its complex arguments, deep research, and brilliant analysis . . . should transform the way we think about nationalism and national identity. . . . A major achievement . . . it sets the agenda and the standard for future work on American nationalism and political culture.”--Journal of American History

“Anyone interested in the early history of the United States, the history of American journalism, or the development of American nationalism, will benefit from reading this book.”--Georgia Historical Quarterly