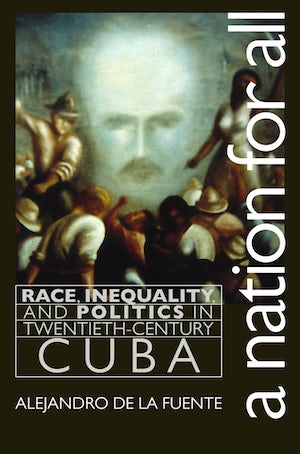 After thirty years of anticolonial struggle against Spain and four years of military occupation by the United States, Cuba formally became an independent republic in 1902. The nationalist coalition that fought for Cuba's freedom, a movement in which blacks and mulattoes were well represented, had envisioned an egalitarian and inclusive country--a nation for all, as Jos

"This is first-rate scholarship: judicious, sophisticated, and intellectually rewarding."--Historian

"An important and original contribution to the reassessment of race in Cuba."--Journal of Latin American Studies

"A long-awaited study on historical race relations in modern Cuba. . . . Recommended reading for those interested in the history, culture, and politics of Cuba."--Colonial Latin American Historical Review

"A highly ambitious study of the role of race in Cuban politics. . . . No monograph on Cuban history to date has placed race so squarely and fruitfully at the center of Cuba's twentieth-century history; and none has been able to combine so successfully, the way this book does, a sweeping political narrative with careful attention to detail, nuance, and contradiction. . . . Important and innovative. . . . A lasting contribution to the field of Cuban history, as well as to the contemporary study of the revolution and its uncertain future."--American Historical Review

"This is a thoughtful and systematic examination of the shifting meanings of race in the political process in Cuba. It takes the comparative study of citizenship in the twentieth century to a new level of subtlety and sophistication."--Rebecca J. Scott, University of Michigan

"Alejandro de la Fuente tells a powerful and intriguing story with a cool, even-handed detachment and the authority of prodigious research. By showing how racial ideologies and relations are implicated in revolutionary politics and nation formation, how economic and political forces interact to determine a given racial formation, and the diverse processes, pressure points, and stimuli for transformations in the social construction of race, this book makes a significant contribution to comparative race relations."--Thomas C. Holt, University of Chicago