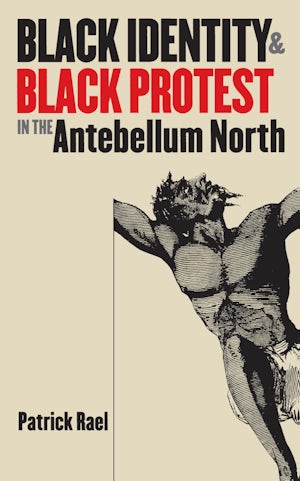 Frederick Douglass, Sojourner Truth, Martin Delany--these figures stand out in the annals of black protest for their vital antislavery efforts. But what of the rest of their generation, the thousands of other free blacks in the North? Patrick Rael explores the tradition of protest and sense of racial identity forged by both famous and lesser-known black leaders in antebellum America and illuminates the ideas that united these activists across a wide array of divisions. In so doing, he reveals the roots of the arguments that still resound in the struggle for justice today.

Mining sources that include newspapers and pamphlets of the black national press, speeches and sermons, slave narratives and personal memoirs, Rael recovers the voices of an extraordinary range of black leaders in the first half of the nineteenth century. He traces how these activists constructed a black American identity through their participation in the discourse of the public sphere and how this identity in turn informed their critiques of a nation predicated on freedom but devoted to white supremacy. His analysis explains how their place in the industrializing, urbanizing antebellum North offered black leaders a unique opportunity to smooth over class and other tensions among themselves and successfully galvanize the race against slavery.

Patrick Rael is associate professor of history at Bowdoin College in Brunswick, Maine.
For more information about Patrick Rael, visit the Author Page.

"This important work will enhance our understanding and appreciation of antebellum black thought."--Choice

"Offer[s] insight into the lives, thoughts, and political strategies of free black Americans. . . . A useful study that adds to the growing body of literature on antebellum black America."--Civil War Book Review

"Rael's scholarship is meticulous and creative, revealing an unquestionable sympathy with the subjects of this study."--American Historical Review

"A brilliant but also heartrending book, for it shows that northern black intellectuals grossly underestimated the virulence of white racism. . . . Where Rael's account is most revealing, however, is in showing the extent to which issues that have dominated subsequent debate . . . were among the issues discussed by the black intellectuals of the antebellum years. . . . Anyone looking for an introduction to the subtleties of black thinking on the subject of race and group identity could hardly do better than start here."--Journal of American Studies

"Will become the definitive work on northern black antebellum thought for some time and, like all good works, will stimulate further research into areas like gender and class tensions, comparative studies of black nationalism, and the meaning and influence of religion in northern black thought."--Journal of Southern History

"In recent years so much attention has been given to African American slaves that we are all the more in need of a comprehensive book like Patrick Rael's Black Identity and Black Protest in the Antebellum North, which serves as a prelude to post-emancipation black history. Showing that earlier free blacks necessarily drew on Enlightenment and Revolutionary ideals (which by definition were as universalistic as science and mathematics, and therefore not 'white'), Rael depicts free African Americans' efforts to deal with 'character,' 'uplift,' 'nation,' and 'historical progress' in the midst of a virulently racist world. The resulting early black protest literature thus served as a seedbed for such later black leaders as Du Bois, King, and the advocates of both Black Power and proud assimilation."--David Brion Davis, Yale University