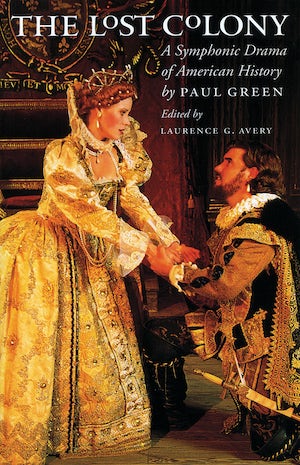 In 1937, The Lost Colony, Paul Green's dramatic retelling of the founding and mysterious disappearance of the Roanoke Island colony, opened to standing-room-only audiences and rave reviews. Since then, the beloved outdoor drama has played to more than 3 million people, and it is still going strong. Produced by the Roanoke Island Historical Association at the Waterside Theater near Manteo, North Carolina, The Lost Colony has run for more than sixty summers almost without interruption. (Production was suspended during World War II, when the threat of German submarines prowling the coast made an extended blackout necessary.)

The model for modern outdoor theater, The Lost Colony combines song, dance, drama, special effects, and music to breathe life into shadowy legend. This rendering of the play's text, edited and with an introduction by Laurence Avery, brings this pioneering work back into print.

Winner of the 1927 Pulitzer Prize for Drama, Paul Green (1894-1981) taught philosophy and drama at the University of North Carolina at Chapel Hill. He was a native of Harnett County, North Carolina.
For more information about Paul Green, visit the Author Page.

"Americans take great pride in The Lost Colony because it so brilliantly dramatizes the extraordinary courage, the depth of integrity, and the devotion to freedom that are the hallmarks of the American character. It is the taproot of our moral fiber. As Paul Green would have wanted, the play brings out the best in Americans. You cannot fail to be inspired and uplifted when you read this new edition of such a remarkable dramatization of our heritage."--Scott J. Parker, Director of the Institute of Outdoor Drama, University of North Carolina at Chapel Hill 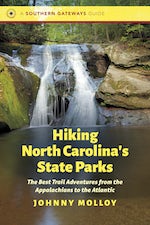