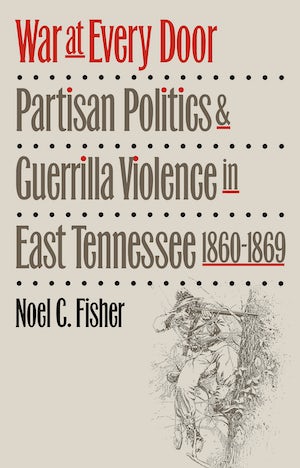 One of the most divided regions of the Confederacy, East Tennessee was the site of fierce Unionist resistance to secession, Confederate rule, and the Southern war effort. It was also the scene of unrelenting 'irregular,' or guerrilla, warfare between Union and Confederate supporters, a conflict that permanently altered the region's political, economic, and social landscape. In this study, Noel Fisher examines the military and political struggle for control of East Tennessee from the secession crisis through the early years of Reconstruction, focusing particularly on the military and political significance of the region's irregular activity. Fisher portrays in grim detail the brutality and ruthlessness employed not only by partisan bands but also by Confederate and Union troops under constant threat of guerrilla attack and government officials frustrated by unstinting dissent. He demonstrates that, generally, guerrillas were neither the romantic, daring figures of Civil War legend nor mere thieves and murderers, but rather were ordinary men and women who fought to live under a government of their choice and to drive out those who did not share their views.

Noel C. Fisher, who received his Ph.D. in history from The Ohio State University, is a freelance writer who lives in Columbus, Ohio.
For more information about Noel C. Fisher, visit the Author Page.

"[Fisher’s] presentation is balanced in a topic area where it is easy to become a partisan of one side to the controversy. His writing is clear, and his account is succinct and to the point. . . . A useful addition to the scholarship on the civilian experience in the South during the Civil War."--American Historical Review

"An important contribution to our understanding of the Civil War in a border area of the upper South."--Journal of American History

"An important book. . . . A readable, informative study. . . . Ample reference material and statistics complement the text in a superb effort to integrate war and society from which we can learn much more about our Civil War--not necessarily the Civil War of 'Gettysburg' or even 'Gone with the Wind,' but perhaps a 'real civil war' within our traditionally understood conflict."--Civil War Courier

"Well researched and clearly written, this book will become the standard history of partisan warfare in east Tennessee."--Choice

"This book represents a major fresh perspective on the many faces of the Civil War, especially the relationship between conventional and partisan conflict. The war for East Tennessee was a 'war within a war' captured lucidly by this young military historian. It is Civil War history as it ought now to be written--across the spectrum of political, economic, social and military events and the people who made them."--B. Franklin Cooling, author of Fort Donelson's Legacy: War and Society in Kentucky and Tennessee, 1862-1863