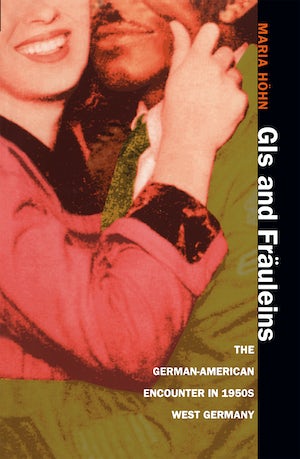 With the outbreak of the Korean War, the poor, rural West German state of Rhineland-Palatinate became home to some of the largest American military installations outside the United States. In GIs and Fr, Maria H

"This important book belongs on the shelf of anyone interested in the U.S. military's interactions with foreign civilians, the military's presence in Europe during the Cold War, and in gender and race relations in 1950s West Germany."--Journal of Military History

"This fine book should become a staple for students of postwar Germany, sexuality, and race."--Central European History

"Makes a significant contribution to our understanding of 1950s community dynamics and race relations during the occupation. . . . [Höhn's] use of gender provides a new and detailed picture of German social and economic history at the local and national levels since the 1950s. Her book is a valuable contribution to the scholarly literature."--Journal of American History

"In this very fine book, Höhn illuminates critical changes in West German society and opens up a fascinating new front in the history of the cultural expansion of the United States."--International History Review

"Few scholars have focused on the social impact of the American bases on local communities in Germany. Maria Höhn's study of the Baumholder region in the 1950s is a significant step toward understanding the local repercussion of such a deployment. . . . As a model community study, Höhn's book makes a major contribution to our understanding of the American impact on local German communities during the Cold War."--American Historical Review