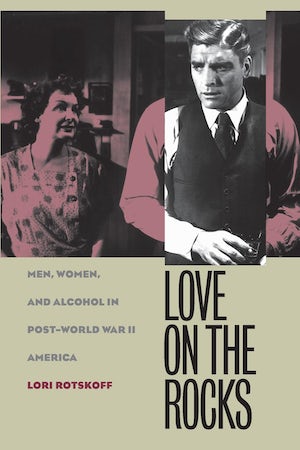 In this fascinating history of alcohol in postwar American culture, Lori Rotskoff draws on short stories, advertisements, medical writings, and Hollywood films to investigate how gender norms and ideologies of marriage intersected with scientific and popular ideas about drinking and alcoholism.

After the repeal of Prohibition in 1933, recreational drinking became increasingly accepted among white, suburban, middle-class men and women. But excessive or habitual drinking plagued many families. How did people view the "problem drinkers" in their midst? How did husbands and wives learn to cope within an "alcoholic marriage"? And how was drinking linked to broader social concerns during the Great Depression, World War II, and the Cold War era?

By the 1950s, Rotskoff explains, mental health experts, movie producers, and members of self-help groups like Alcoholics Anonymous and Al-Anon helped bring about a shift in the public perception of alcoholism from "sin" to "sickness." Yet alcoholism was also viewed as a family problem that expressed gender-role failure for both women and men. On the silver screen (in movies such as The Lost Weekend and The Best Years of Our Lives) and on the printed page (in stories by such writers as John Cheever), in hospitals and at Twelve Step meetings, chronic drunkenness became one of the most pressing public health issues of the day.

Shedding new light on the history of gender, marriage, and family life from the 1920s through the 1960s, this innovative book also opens new perspectives on the history of leisure and class affiliation, attitudes toward consumerism and addiction, and the development of a therapeutic culture.

"This book fills an important but neglected niche in the literature on American drink culture and temperance reform. . . . Rotskoff brings the analysis forward to the mid-twentieth century, showing how post-World War II drink culture retained some traditional aspects but also changed dramatically with the maturation of the middle-class suburban lifestyle. Well researched, well written, and packed with original insights, Rotskoff's book is a must for those interested in the social history of alcohol in America."--American Historical Review

"Rotskoff offers a provocative analysis of the alcoholism movement, which illuminates the gender and family dynamics surrounding alcoholism and the larger historical context in which these issues took shape."--H-Women

"Original and perceptive. . . . Rotskoff has given us a wonderful book showing that it is possible to study family and gender relations dynamically and interactively while also illuminating other fields, in this case the cultural history of consumption practices."--Women's Review of Books

"[A] well-researched, well-written book. . . . Rotskoff uses stories, advertising, scientific studies, and movies to show how the relationship between men and women in the marital state is infused, informed, and interwoven with scientific, moral, and social beliefs about the use of alcohol."--New England Journal of Medicine

"Rotskoff has written much more than a treatise on postwar American alcoholism and gender. Her brilliant analysis of the culture of alcohol is firmly set in its 19th-century roots. She is a master of the records of Alcoholics Anonymous and all the related literature on alcoholism. As a cultural historian, nothing escapes her eye. . . . Highly recommended. A brilliant read for all."--Choice

"A lively account of the culture of drink--and the gendered tensions it encoded--across the twentieth century. Rotskoff shows that even as excessive drinking was defined as a disease, social drinking--'cocktail culture'--by both men and women became an integral part of the middle-class experience. Wide-ranging, engaging, and informative."--Elizabeth Lunbeck, Princeton University