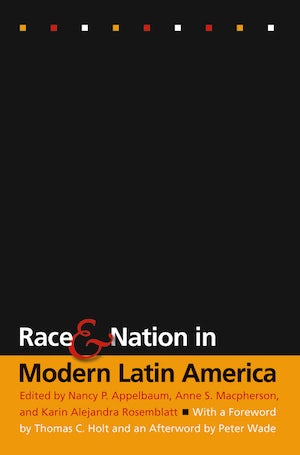 This collection brings together innovative historical work on race and national identity in Latin America and the Caribbean and places this scholarship in the context of interdisciplinary and transnational discussions regarding race and nation in the Americas. Moving beyond debates about whether ideologies of racial democracy have actually served to obscure discrimination, the book shows how notions of race and nationhood have varied over time across Latin America's political landscapes.

Framing the themes and questions explored in the volume, the editors' introduction also provides an overview of the current state of the interdisciplinary literature on race and nation-state formation. Essays on the postindependence period in Belize, Brazil, Colombia, Cuba, Mexico, Panama, and Peru consider how popular and elite racial constructs have developed in relation to one another and to processes of nation building. Contributors also examine how ideas regarding racial and national identities have been gendered and ask how racialized constructions of nationhood have shaped and limited the citizenship rights of subordinated groups.

"The editors of this anthology are to be commended for addressing the role that race--biological and metaphorical--has always played in the concept of mestizaje. . . . Recommended for scholars interested in the study of mestizaje and its continued influence in modern Latin America."--CLAHR

"An insightful, empirically rich, and painstakingly inclusive volume. Indeed, this collection seems destined not only to be remembered as the height of a generation of Latin American scholarship that has demonstrated the intimate interplay between racemaking and nationmaking. It is also a sturdy jumping-off point for tackling new challenges in the historical study of race, identity, and politics."--Canadian Journal of Latin American and Caribbean Studies

"These nuanced, sophisticated analyses offer a refreshing advance on past efforts to incorporate race into the standard bibliography on Latin America for several reasons: they emphasize the modern era and they demonstrate how a rich body of state records in each country allows for illustration of race and racialization. They also offer ample evidence that the desire of the state uniquely to define itself offers the most fruitful place to begin a rigorous revision of the historical meaning of race in modern Latin America."--The Americas

"This collection is a superb synthesis, one that usefully summarizes the debates and points to new lines of inquiry opened up by the transformation that has taken place in Latin American historiography over the last couple of decades."--American Historical Review 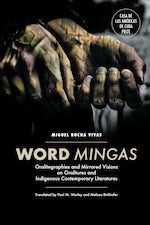