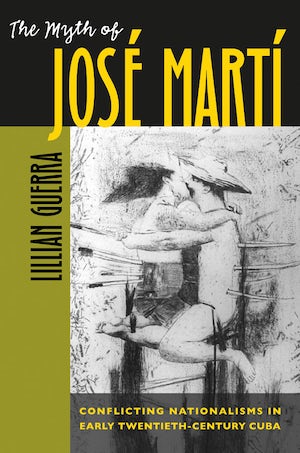 Focusing on a period of history rocked by four armed movements, Lillian Guerra traces the origins of Cubans' struggles to determine the meaning of their identity and the character of the state, from Cuba's last war of independence in 1895 to the consolidation of U.S. neocolonial hegemony in 1921. Guerra argues that political violence and competing interpretations of the "social unity" proposed by Cuba's revolutionary patriot, José Martí, reveal conflicting visions of the nation--visions that differ in their ideological radicalism and in how they cast Cuba's relationship with the United States.

As Guerra explains, some nationalists supported incorporating foreign investment and values, while others sought social change through the application of an authoritarian model of electoral politics; still others sought a democratic government with social and economic justice. But for all factions, the image of Martí became the principal means by which Cubans attacked, policed, and discredited one another to preserve their own vision over others'. Guerra's examination demonstrates how competing historical memories and battles for control of a weak state explain why polarity, rather than consensus on the idea of the "nation" and the character of the Cuban state, came to define Cuban politics throughout the twentieth century.

Lillian Guerra is assistant professor of Caribbean history at Yale University. She is author of Popular Expression and National Identity in Puerto Rico: The Struggle for Self, Community, and Nation, 1898-1940 as well as two books of Spanish-language poetry.
For more information about Lillian Guerra, visit the Author Page.

"Provides many useful insights into the conflicting origins of Cuban nationalism and will be useful to those interested in concrete examples of the historical development of nationalist mythmaking."--Nations and Nationalism

"A valuable and accessibly written account that offers new insight into the variety of Cuban nationalisms at the beginning of the twentieth-century. . . . Sophisticated and nuanced. . . . A compulsively readable work of scholarship that keeps Martí in context as a historical man and a historical symbol, and that teaches us valuable lessons about the divided and violent trajectories of early twentieth-century Cuban nationalisms."--A Contracorriente

"Guerra has produced a remarkable contribution to Cuban historiography in this extremely sophisticated exploration of the role of the mythologizing of José Martí after his early death in the Cuban war of independence. . . . Essential"--Choice

"Based on an impressive array of archival and printed sources, this superb study uncovers with subtlety and deep understanding how José Martí’s image and discourse of social unity came to embody conflicting visions of the Cuban nation shortly after his death in 1895--visions that still divide Cubans today."--Aline Helg, University of Geneva