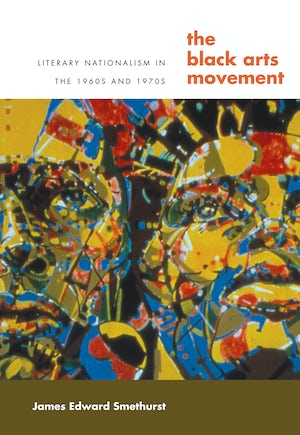 Emerging from a matrix of Old Left, black nationalist, and bohemian ideologies and institutions, African American artists and intellectuals in the 1960s coalesced to form the Black Arts Movement, the cultural wing of the Black Power Movement. In this comprehensive analysis, James Smethurst examines the formation of the Black Arts Movement and demonstrates how it deeply influenced the production and reception of literature and art in the United States through its negotiations of the ideological climate of the Cold War, decolonization, and the civil rights movement.

Taking a regional approach, Smethurst examines local expressions of the nascent Black Arts Movement, a movement distinctive in its geographical reach and diversity, while always keeping the frame of the larger movement in view. The Black Arts Movement, he argues, fundamentally changed American attitudes about the relationship between popular culture and "high" art and dramatically transformed the landscape of public funding for the arts.

James Edward Smethurst is associate professor of Afro-American studies at the University of Massachusetts-Amherst. He is author of The New Red Negro: The Literary Left and African American Poetry, 1930-1946 and coeditor of Left of the Color Line: Race, Radicalism, and Twentieth-Century Literature of the United States.
For more information about James Smethurst, visit the Author Page.

"A richly insightful and informative account of the often occluded racial dynamics of early modernism."--Journal of American Studies

"The most comprehensive work published to date on the Black Arts Movement, painstakingly detailing the movement's national thrust. . . . This book is a monumental achievement and will serve as the definitive text on the movement for some time to come."--Journal of African American History

"Smethurst… has written a tour-de-force that will quickly become the definitive analysis of the sprawling and internally contradictory entity known as the Black Arts movement."--Against the Current

"Mapping important connections and offering a cornucopia of information, The Black Arts Movement: Literary Nationalism in the 1960s and 1970s is a truly valuable contribution to the study of American letters. Smethurst gets it right! His thorough research and astute analysis overcome two decades of deliberate critical misrepresentation to help us examine a tumultuous era when visionary leadership and nationwide grassroots participation created a dynamic, paradigm-changing cultural renaissance."--Lorenzo Thomas, University of Houston-Downtown

"A momentous and singular contribution to the study of literary ethnic nationalism in particular, and post-World War II cultural history in general. Anyone interested in United States culture and politics in the 1950s, 1960s, and 1970s will be drawn to The Black Arts Movement as a chronicle, survey, and fabulous reference."--Alan Wald, University of Michigan