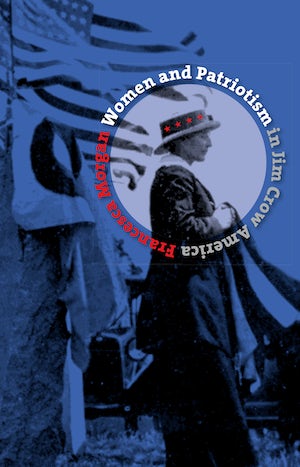 After the Civil War, many Americans did not identify strongly with the concept of a united nation. Francesca Morgan finds the first stirrings of a sense of national patriotism--of "these United States"--in the work of black and white clubwomen in the late nineteenth and early twentieth centuries.

Morgan demonstrates that hundreds of thousands of women in groups such as the Woman's Relief Corps, the National Association of Colored Women, the Universal Negro Improvement Association, the United Daughters of the Confederacy, and the Daughters of the American Revolution sought to produce patriotism on a massive scale in the absence of any national emergency. They created holidays like Confederate Memorial Day, placed American flags in classrooms, funded monuments and historic markers, and preserved old buildings and battlegrounds. Morgan argues that while clubwomen asserted women's importance in cultivating national identity and participating in public life, white groups and black groups did not have the same nation in mind and circumscribed their efforts within the racial boundaries of their time. Presenting a truly national history of these generally understudied groups, Morgan proves that before the government began to show signs of leadership in patriotic projects in the 1930s, women's organizations were the first articulators of American nationalism.

Francesca Morgan is assistant professor of history at Northeastern Illinois University in Chicago.
For more information about Francesca Morgan, visit the Author Page.

"[An] ambitious and impressively researched book. . . . Morgan makes an important contribution to the study of nationalism, and, not surprisingly, she further illustrates that including women, as well as the categories of race and gender, enriches our understanding of how national identity is formed."--American Studies

"Masterfully traces black and white conservative clubwomen's self-construction as moral and cultural authorities, as well as their efforts to define and effect patriotism and nationalism. . . . A welcome and substantive addition to recent monographs on clubwomen's activities and complements this scholarship geographically."--H-Sawh

"Morgan plows new ground in studying black women's identities via their attachment to the United States. . . . Richly researched, and the footnotes are meaty and valuable."--North Carolina Historical Review

"Morgan's deft treatment of four organizations over several decades provides readers with a richly nuanced and complicated history of the rise and fall of women-centered nationalism."--Indiana Magazine of History

"Women and Patriotism in Jim Crow America is an ambitious survey of nationalism and American women from the Civil War to the 1930s. Through a much-needed comparative history of nationalist thought in the DAR, UDC, NACW, UNIA, and other organizations, Morgan establishes the confluence of ideas about race, class, and nationality in women's expression of nationalism."--W. Fitzhugh Brundage, author of Where These Memories Grow: History, Memory, and Regional Identity in the American South

"Morgan's exhaustive research offers new, broader viewpoints for studies of patriotism. She demonstrates that women's patriotic organizations were not merely auxiliaries of men's groups but a force in their own right. . . . The book's great strengths are in its comparisons of the four understudied women's associations, using race and gender to analyze their conceptions and expressions of patriotism and placing them in the forefront of the development of American nationalism."--Journal of American History