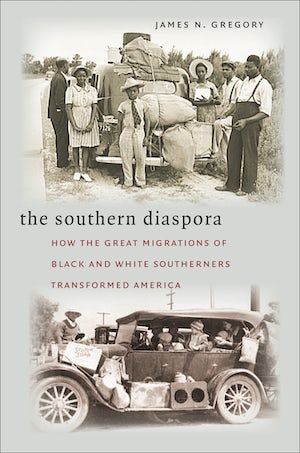 Between 1900 and the 1970s, twenty million southerners migrated north and west. Weaving together for the first time the histories of these black and white migrants, James Gregory traces their paths and experiences in a comprehensive new study that demonstrates how this regional diaspora reshaped America by "southernizing" communities and transforming important cultural and political institutions.

Challenging the image of the migrants as helpless and poor, Gregory shows how both black and white southerners used their new surroundings to become agents of change. Combining personal stories with cultural, political, and demographic analysis, he argues that the migrants helped create both the modern civil rights movement and modern conservatism. They spurred changes in American religion, notably modern evangelical Protestantism, and in popular culture, including the development of blues, jazz, and country music.

In a sweeping account that pioneers new understandings of the impact of mass migrations, Gregory recasts the history of twentieth-century America. He demonstrates that the southern diaspora was crucial to transformations in the relationship between American regions, in the politics of race and class, and in the roles of religion, the media, and culture.

James N. Gregory is professor of history at the University of Washington and director of the Seattle Civil Rights and Labor History Project. He is author of the award-winning American Exodus: The Dust Bowl Migration and Okie Culture in California.

"An engagingly written and conceptually original study that significantly enhances our understanding of how southern migration redefined the United States. Gregory makes great use of the life stories of individuals, both ordinary and famous to illustrate the broader transformations he describes. . . . An enormously informative study of value to all students of modern America."--Journal of American Ethnic History

"Likely to become a standard title in the bibliography of important works on twentieth century American history."--Arkansas Libraries

"Gregory sets a new standard. . . . His work will serve as a model as future scholars extend his insights."--Canadian Journal of History

"Outstanding. . . . On the leading edge of a growing interdisciplinary literature . . . a must-read for all scholars and students."--Journal of Regional Science

"Stunning. The Southern Diaspora is much more than a synthesis of existing literatures; it is an empircially-based, national-level study of the experiences and impact of the tens of millions of white and black southerners who left the region over the past century. . . . An enormous success. . . . Seamlessly blends sophisticated quantitative methods with informed social and cultural analysis. . . . This work is calling for major changes in how we study and understand mass population movements."--Journal of Appalachian Studies

"This book does an excellent job of not only providing historical data but also making the reader see the migration as that of real people. . . . Gregory has done a fine job of providing meaningful data in a readable book."--Multicultural Review 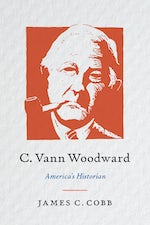