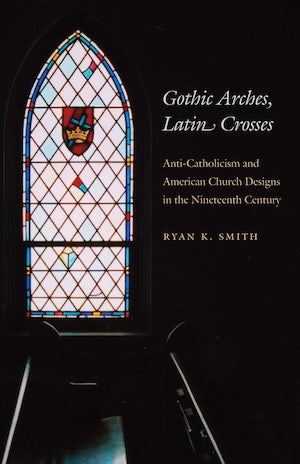 Crosses, candles, choir vestments, sanctuary flowers, and stained glass are common church features found in nearly all mainline denominations of American Christianity today. Most Protestant churchgoers would be surprised to learn, however, that at one time these elements were viewed with suspicion as foreign implements associated strictly with the Roman Catholic Church. Blending history with the study of material culture, Ryan K. Smith sheds light on the ironic convergence of anti-Catholicism and the Gothic Revival movement in nineteenth-century America.

Smith finds the source for both movements in the sudden rise of Roman Catholicism after 1820, when it began to grow from a tiny minority into the country's largest single religious body. Its growth triggered a corresponding rise in anti-Catholic activities, as activists representing every major Protestant denomination attacked "popery" through the pulpit, the press, and politics. At the same time, Catholic worship increasingly attracted young, genteel observers around the country. Its art and its tangible access to the sacred meshed well with the era's romanticism and market-based materialism.

Smith argues that these tensions led Protestant churches to break with tradition and adopt recognizably Latin art. He shows how architectural and artistic features became tools through which Protestants adapted to America's new commercialization while simultaneously defusing the potent Catholic "threat." The results presented a colorful new religious landscape, but they also illustrated the durability of traditional religious boundaries.

"The most important contribution of this book . . . is its examination of the struggle for supremacy between two sects of Christianity that was manifested in physical form."--Winterthur Portfolio

"A vehicle for interesting anecdotes and insights into the alterations and accommodations within the history of a massively influential force in American cultural life. . . . Fascinating."--The Journal of American Studies

"Well-researched and engagingly argued, this book is a welcome contribution to a subject that has not received the attention it deserves. . . . [An] incisive, though-provoking book."--Books and Culture

"A highly readable and painstaking attempt to unravel and understand a complex phenomenon: the 'Catholicization' of American Protestant worship in the mid-nineteenth century. . . . A diligent piece of historical work and certainly deserves attention from anyone seriously interested in understanding America's religious landscape."--Religion and the Arts