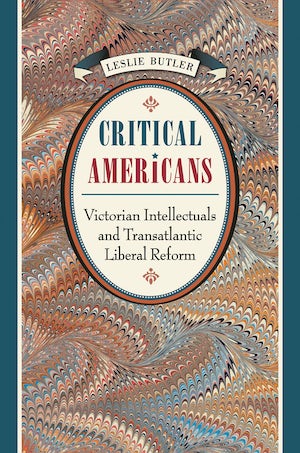 In this intellectual history of American liberalism during the second half of the nineteenth century, Leslie Butler examines a group of nationally prominent and internationally oriented writers who sustained an American tradition of self-consciously progressive and cosmopolitan reform. She addresses how these men established a critical perspective on American racism, materialism, and jingoism in the decades between the 1850s and the 1890s while she recaptures their insistence on the ability of ordinary citizens to work toward their limitless potential as intelligent and moral human beings.

At the core of Butler's study are the writers George William Curtis, Thomas Wentworth Higginson, James Russell Lowell, and Charles Eliot Norton, a quartet of friends who would together define the humane liberalism of America's late Victorian middle class. In creative engagement with such British intellectuals as John Stuart Mill, Thomas Carlyle, Matthew Arnold, Leslie Stephen, John Ruskin, James Bryce, and Goldwin Smith, these "critical Americans" articulated political ideals and cultural standards to suit the burgeoning mass democracy the Civil War had created. This transatlantic framework informed their notions of educative citizenship, print-based democratic politics, critically informed cultural dissemination, and a temperate, deliberative foreign policy. Butler argues that a careful reexamination of these strands of late nineteenth-century liberalism can help enrich a revitalized liberal tradition at the outset of the twenty-first century.

Leslie Butler is assistant professor of history at Dartmouth College.
For more information about Leslie Butler, visit the Author Page.

"A secure basis from which historians can and should reconsider their contributions to American thought and society."--Register of the Kentucky Historical Society

"A remarkable work that recovers a lost generation of American intellectuals."--New England Quarterly

“A fine, well-researched, and provocative work.”--Journal of American History

"Vindicates the author's argument that bourgeois intellectuals are uniquely suited to bring the advantages of their leaning to vastly larger masses."--American Historical Review

"A fascinating transatlantic intellectual and biographical history. The book enhances understanding of the pivotal role of public intellectuals in the formation of a transatlantic liberalism in the long nineteenth century."--Journal of the Gilded Age and Progressive Era