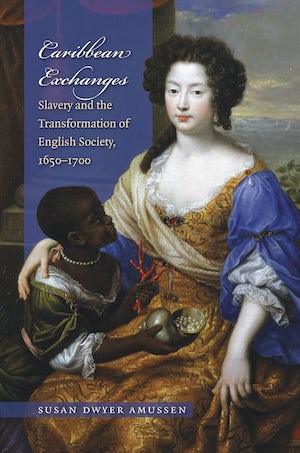 To purchase online via an independent bookstore, visit Bookshop.org
English colonial expansion in the Caribbean was more than a matter of migration and trade. It was also a source of social and cultural change within England. Finding evidence of cultural exchange between England and the Caribbean as early as the seventeenth century, Susan Dwyer Amussen uncovers the learned practice of slaveholding.

As English colonists in the Caribbean quickly became large-scale slaveholders, they established new organizations of labor, new uses of authority, new laws, and new modes of violence, punishment, and repression in order to manage slaves. Concentrating on Barbados and Jamaica, England's two most important colonies, Amussen looks at cultural exports that affected the development of race, gender, labor, and class as categories of legal and social identity in England. Concepts of law and punishment in the Caribbean provided a model for expanded definitions of crime in England; the organization of sugar factories served as a model for early industrialization; and the construction of the "white woman" in the Caribbean contributed to changing notions of "ladyhood" in England. As Amussen demonstrates, the cultural changes necessary for settling the Caribbean became an important, though uncounted, colonial export.

Susan Dwyer Amussen is professor of interdisciplinary studies at the Graduate College of the Union Institute and University. She is author or editor of three books, including An Ordered Society: Gender and Class in Early Modern England.
For more information about Susan Dwyer Amussen, visit the Author Page.

"[An] engaging study. . . . Amussen's rendition of life in seventeenth-century Jamaica and Barbados is focused, significantly detailed, and apt."--Clio

“Should be required reading in any undergraduate course focusing on Stuart England, and for historians and others interested in exploring the Atlantic world of the 17th century.”--The Journal of African American History

"[A] well-written book. . . . Well done and informative. . . . An important contribution to the growing literature on the 17th-century English Atlantic World."--Choice

"A lucidly organized and gracefully written work which builds effectively upon the insights of previous scholars."--Reviews in History 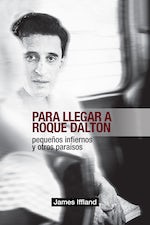