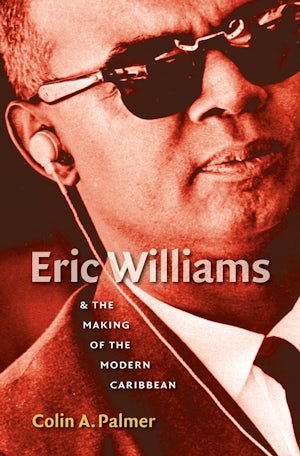 Also Available as an Omnibus Ebook

Born in Trinidad, Eric Williams (1911-81) founded the Republic of Trinidad and Tobago's first modern political party in 1956, led the country to independence from the British culminating in 1962, and became the nation's first prime minister. Before entering politics, he was a professor at Howard University and wrote several books, including the classic Capitalism and Slavery. In the first scholarly biography of Williams, Colin Palmer provides insights into Williams's personality that illuminate his life as a scholar and politician and his tremendous influence on the historiography and politics of the Caribbean.

Palmer focuses primarily on the fourteen-year period of struggles for independence in the Anglophone Caribbean. From 1956, when Williams became the chief minister of Trinidad and Tobago, to 1970, when the Black Power-inspired February Revolution brought his administration face to face with a younger generation intellectually indebted to his revolutionary thought, Williams was at the center of most of the conflicts and challenges that defined the region. He was most aggressive in advocating the creation of a West Indies federation to help the region assert itself in international political and economic arenas. Looking at the ideas of Williams as well as those of his Caribbean and African peers, Palmer demonstrates how the development of the modern Caribbean was inextricably intertwined with the evolution of a regional anticolonial consciousness.

Colin A. Palmer is Dodge Professor of History at Princeton University and author or coeditor of several books, including The Modern Caribbean.
For more information about Colin A. Palmer, visit the Author Page.

"One of the most accessible and balanced treatments of the first prime minister of Trinidad and Tobago (1956-81) to date. . . . Palmer is an elegant and engaging writer. His prose, spliced occasionally with the dark humour of political repartee, takes one effortlessly into the ebbs and flows of selected Caribbean political streams from 1956 to 1970."--Canadian Journal of Latin American & Caribbean Studies

"A highly successful addition to our knowledge of a major figure."--Hispanic American Historical Review

"An informative and useful account that greatly enhances our understanding of a man of tremendous political and intellectual acuity."--American Historical Review

"A fascinating study of one of the most brilliant and controversial figures of the twentieth century Caribbean. . . . A magnificent testimony to the sheer force of that singular personality, and the extent of his impact on politics in the modern Caribbean. Williams' continued capacity to impose himself on history is not in doubt."--Journal of Latin American Studies

“[Eric Williams and the Making of the Modern Caribbean] will be regarded as a foundation stone for future work on the Caribbean political and intellectual giant."--The Americas

“Palmer’s detailed account of Williams’ intellectual contribution to the wider Caribbean has gone beyond what other scholars have written. His book is the first detailed account of Williams’s political practice as it relates not only to Trinidad and Tobago but [also] to the wider Caribbean. While many issues in the text might shock some readers and cause others to reexamine some of Williams’s positions on a number of issues, Palmer has done superb work in exploring all the inherent contradictions of Williams’s politics.”--International Labor and Working-Class History