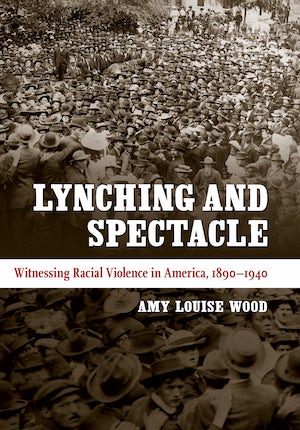 Lynch mobs in late nineteenth- and early twentieth-century America exacted horrifying public torture and mutilation on their victims. In Lynching and Spectacle, Amy Wood explains what it meant for white Americans to perform and witness these sadistic spectacles and how lynching played a role in establishing and affirming white supremacy. Lynching, Wood argues, overlapped with a variety of cultural practices and performances, both traditional and modern, including public executions, religious rituals, photography, and cinema, all which encouraged the horrific violence and gave it social acceptability. However, she also shows how the national dissemination of lynching images ultimately fueled the momentum of the antilynching movement and the decline of the practice. Using a wide range of sources, including photos, newspaper reports, pro- and antilynching pamphlets, early films, and local city and church records, Wood reconfigures our understanding of lynching's relationship to modern life.

Wood expounds on the critical role lynching spectacles played in establishing and affirming white supremacy at the turn of the century, particularly in towns and cities experiencing great social instability and change. She also shows how the national dissemination of lynching images fueled the momentum of the antilynching movement and ultimately led to the decline of lynching. By examining lynching spectacles alongside both traditional and modern practices and within both local and national contexts, Wood reconfigures our understanding of lynching's relationship to modern life.

"This insightful exploration of lynching's cultural power is a groundbreaking addition to a growing body of scholarship focused on racial violence. . . . Essential."--Choice

"Wood succeeds admirably. . . . One of the most enlightening studies of lynching produced in recent years."--Arkansas Review: A Journal of Delta Studies

"Serves as a potent reminder that racial violence was not only condoned but enthusiastically supported by huge numbers of white Americans."--The Journal of Blacks in Higher Education

"[An] insightful study. . . . Her research is impressive, Wood's conclusions are measured and well-documented, and . . . her prose is crisp and clear."--Journal of Illinois History

"Should be required reading for all studying racial violence in the South. . . . Wood is admirably balanced in assessing her evidence and placing it in perspective. . . . In evidence, argument, context, and writing, this is an impressive study that will inspire future scholarship and will offer teachers a rich set of contexts to enliven their discussions of race in the era of lynching."--American Historical Review