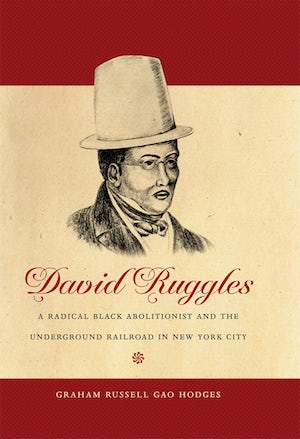 David Ruggles (1810-1849) was one of the most heroic--and has been one of the most often overlooked--figures of the early abolitionist movement in America. Graham Russell Gao Hodges provides the first biography of this African American activist, writer, publisher, and hydrotherapist who secured liberty for more than six hundred former bond people, the most famous of whom was Frederick Douglass. A forceful, courageous voice for black freedom, Ruggles mentored Douglass, Sojourner Truth, and William Cooper Nell in the skills of antislavery activism. As a founder of the New York Committee of Vigilance, he advocated a "practical abolitionism" that included civil disobedience and self-defense in order to preserve the rights of self-emancipated enslaved people and to protect free blacks from kidnappers who would sell them into slavery in the South.

Hodges's narrative places Ruggles in the fractious politics and society of New York, where he moved among the highest ranks of state leaders and spoke up for common black New Yorkers. His work on the Committee of Vigilance inspired many upstate New York and New England whites, who allied with him to form a network that became the Underground Railroad.

Hodges's portrait of David Ruggles establishes the abolitionist as an essential link between disparate groups--male and female, black and white, clerical and secular, elite and rank-and-file--recasting the history of antebellum abolitionism as a more integrated and cohesive movement than is often portrayed.

Graham Russell Gao Hodges is George Dorland Langdon Jr. Professor of History and Africana and Latin American Studies at Colgate University. He is author or editor of more than a dozen books, including Root and Branch: African Americans in New York and East Jersey, 1613-1863.
For more information about Graham Russell Gao Hodges, visit the Author Page.

"Few scholars have examined the relationship between the Underground Railroad, abolition networks, and the broader currents of political and social change. Graham Hodges in David Ruggles . . . dramatize[s] these relationships by recovering [a] forgotten, heroic African-American whose actions helped create fault lines in the spread of Southern slavery."--The Wall Street Journal

"William Lloyd Garrison lauded [David Ruggles's] contributions to the abolitionist movement. 'He deserves to be ranked among the benefactors of his race,' Garrison wrote. 'His biography remains to be written.' . . . Dr. Hodges has now written the book Garrison called for more than 150 years ago."--New York Times City Room Blog

"Hodges contributes to a better understanding of antebellum black activism and to shaping a fresh synthesis regarding how abolitionism shook America to its core. . . . Essential for readers and scholars interested in antebellum America, the antislavery movement, black activists, or New York City history."--Library Journal starred review

“Hodges . . . skillfully weaves the life of abolitionist David Ruggles into the larger history of black abolitionists. . . . [He] convincingly argues that historians should reconfigure Ruggles from the margins to the center of abolitionist studies. . . . Highly recommended.”--Choice

"Thanks to the efforts of Hodges, David Ruggles will no longer remain a largely unknown abolitionist but rather will be seen as having played a significant role in the struggle against the slaveholding South and the segregated North."--American Historical Review 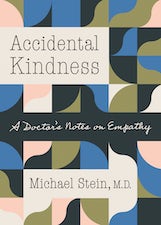