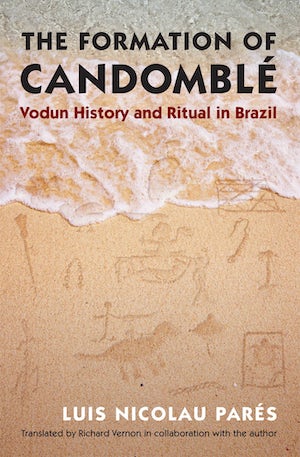 Interweaving three centuries of transatlantic religious and social history with historical and present-day ethnography, Luis Nicolau Parés traces the formation of Candomblé, one of the most influential African-derived religious forms in the African diaspora, with practitioners today centered in Brazil but also living in Europe and elsewhere in the Americas. Originally published in Brazil and not available in English, The Formation of Candomblé reveals cultural changes that have occurred in religious practices within Africa, as well as those caused by the displacement of enslaved Africans in the Americas.

Departing from the common assumption that Candomblé originated in the Yoruba orixá (orisha) worship, Parés highlights the critical role of the vodun religious practices in its formation process. Vodun traditions were brought by enslaved Africans of Dahomean origin, known as the "Jeje" nation in Brazil since the early eighteenth century. The book concludes with Parés's account of present-day Jeje temples in Bahia, which serves as the first written record of the oral traditions and ritual of this particular nation of Candomblé.

"In his comparison of Jeje rituals from both sides of the Atlantic, Parés gives the most thorough analysis of African cultural transmission to Brazil since the pioneering work of French anthropologist Pierre Verger. . . . Highly recommended.”--Choice

“This new translation of [Parés’s] work will bring his many insights to a wider audience and will be welcomed especially by scholars of the Black Atlantic not able to access his work in Portuguese.”--American Historical Review

"The first historical study on the creation of Candomble….An exceptional study…incredibly detailed."--Journal of African American History

"With scholarly rigor, a historically-grounded Africanist perspective, extensive research, and methodological sophistication, Pares's pathbreaking book is cultural history at its best."--João José Reis, author of Slave Rebellion in Brazil: The Muslim Uprising of 1835 in Bahia 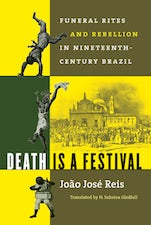