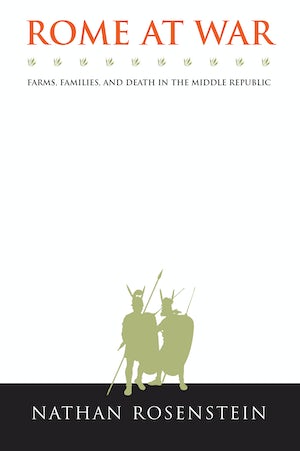 Historians have long asserted that during and after the Hannibalic War, the Roman Republic's need to conscript men for long-term military service helped bring about the demise of Italy's small farms and that the misery of impoverished citizens then became fuel for the social and political conflagrations of the late republic. Nathan Rosenstein challenges this claim, showing how Rome reconciled the needs of war and agriculture throughout the middle republic.

The key, Rosenstein argues, lies in recognizing the critical role of family formation. By analyzing models of families' needs for agricultural labor over their life cycles, he shows that families often had a surplus of manpower to meet the demands of military conscription. Did, then, Roman imperialism play any role in the social crisis of the later second century B.C.? Rosenstein argues that Roman warfare had critical demographic consequences that have gone unrecognized by previous historians: heavy military mortality paradoxically helped sustain a dramatic increase in the birthrate, ultimately leading to overpopulation and landlessness.

Nathan Rosenstein is professor of history at The Ohio State University. He is author of Imperatores Victi: Military Defeat and Aristocratic Competition in the Middle and Late Republic and coeditor of War and Society in the Ancient and Medieval Worlds: Asia, the Mediterranean, Europe, and Mesoamerica.
For more information about Nathan Rosenstein, visit the Author Page.

"Represents a much needed re-evaluation of the impact of Roman warfare on agriculture and the Roman 'peasant class' during the third and second centuries B.C."--Journal of Roman Studies

"An important book, packed with big ideas. . . . Challenges many long-held assumptions. . . . A ground-breaking book, which deserves to be read carefully by anyone who is interested in the history of the middle Republic."--International Journal of the Classical Tradition

"Contributes greatly to our understanding of one of the more important issues in Republican history."--Historian

"This is a fine book. Rosenstein brings a welcome new approach to the difficult question of how war and agriculture, two of the most prevalent practices of the ancient Roman world, interacted. . . . Salubrious and compelling."--Bryn Mawr Classical Review

"In this important new book, Nathen Rosenstein offers a comprehensive challenge to the traditional historiographical explanation of the economic and political crisis in the Gracchan era. . . . Well-written and accessible. . . . [Rome at War: Farms, Families, and Death in the Middle Republic] should inspire debate and discussion on one of the most important problems in Roman history."--New England Classical Journal 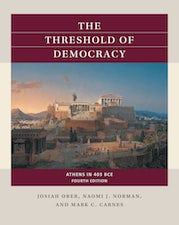 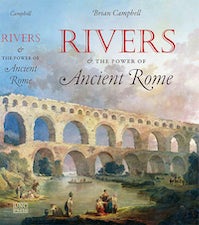