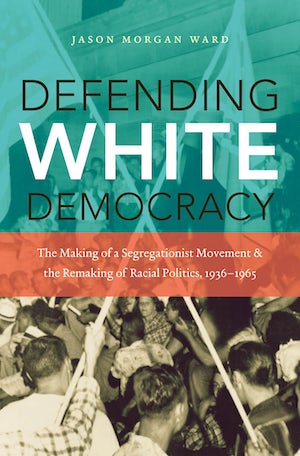 After the Supreme Court ruled school segregation unconstitutional in 1954, southern white backlash seemed to explode overnight. Journalists profiled the rise of a segregationist movement committed to preserving the "southern way of life" through a campaign of massive resistance. In Defending White Democracy, Jason Morgan Ward reconsiders the origins of this white resistance, arguing that southern conservatives began mobilizing against civil rights some years earlier, in the era before World War II, when the New Deal politics of the mid-1930s threatened the monopoly on power that whites held in the South.

As Ward shows, years before "segregationist" became a badge of honor for civil rights opponents, many white southerners resisted racial change at every turn--launching a preemptive campaign aimed at preserving a social order that they saw as under siege. By the time of the Brown decision, segregationists had amassed an arsenal of tested tactics and arguments to deploy against the civil rights movement in the coming battles. Connecting the racial controversies of the New Deal era to the more familiar confrontations of the 1950s and 1960s, Ward uncovers a parallel history of segregationist opposition that mirrors the new focus on the long civil rights movement and raises troubling questions about the enduring influence of segregation's defenders.

"This ambitious book will appeal to both specialists and general readers. . . . Ward's unique contribution is his outstanding synthesis of . . . earlier studies, which, combined with his own original research and fresh interpretations, makes Defending White Democracy now the single best source for understanding the white South's long resistance to civil rights."--Journal of Southern History

"Defending White Democracy is a welcome addition to a growing body of work on segregationist responses to civil rights efforts and the rise of conservatism after the civil rights era. Especially impressive is Ward's discussion of the World War II era, in which he depicts a movement mutually constituted by political elites and their constituents."--Journal of American History

"Ward reveals the critical historical continuities in Southern racial politics . . . [and] meticulously records how the proponents on one side of the struggle over civil rights rallied against social currents that they ultimately could not stop. . . . Defending White Democracy is well researched but the author's strength is in historical interpretation."--Review of Politics

"Ward reveals that movement to defend segregation was in force long before the years we think of as the Civil Rights era. . . . [While] recent scholarship has explored the long history of resistance to African-American equality . . . Defending White Democracy goes much further, showing how deeply entrenched this opposition was."--Jordan Michael Smith, DoubleThink Online 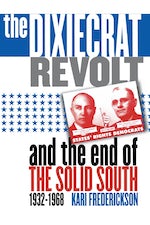