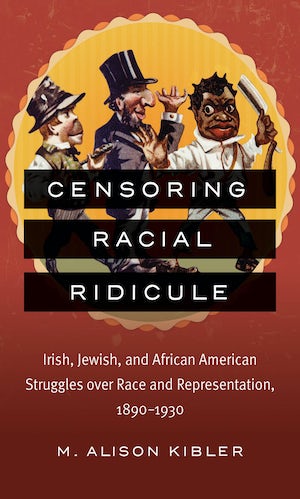 To purchase online via an independent bookstore, visit Bookshop.org
A drunken Irish maid slips and falls. A greedy Jewish pawnbroker lures his female employee into prostitution. An African American man leers at a white woman. These and other, similar images appeared widely on stages and screens across America during the early twentieth century. In this provocative study, M. Alison Kibler uncovers, for the first time, powerful and concurrent campaigns by Irish, Jewish and African Americans against racial ridicule in popular culture at the turn of the twentieth century. Censoring Racial Ridicule explores how Irish, Jewish, and African American groups of the era resisted harmful representations in popular culture by lobbying behind the scenes, boycotting particular acts, and staging theater riots. Kibler demonstrates that these groups' tactics evolved and diverged over time, with some continuing to pursue street protest while others sought redress through new censorship laws.

Exploring the relationship between free expression, democracy, and equality in America, Kibler shows that the Irish, Jewish, and African American campaigns against racial ridicule are at the roots of contemporary debates over hate speech.

M. Alison Kibler is associate professor of American studies and women’s and gender studies at Franklin and Marshall College. She is author of Rank Ladies: Gender and Cultural Hierarchy in American Vaudeville.
For more information about M. Alison Kibler, visit the Author Page.

“Kibler’s analysis is especially strong in its critique of gendered racial and ethnic representations of the Irish.”--CHOICE

“Demonstrates the rich interpretive results of not only utilizing a broad archive of both cultural and legal texts but also of combining the analogous struggles of several ethnic groups in America to overcome prejudice. . . . An estimable new chapter indeed in the history of the great American social experiment.”--Journal of Interdisciplinary History

"Meticulously researched. . . . Serves as a timely reminder that the freedom of speech, habitually referred to as the essence of democratic self-government, has a checkered and contested history."--American Jewish History

“An excellent comparative study of the antidefamation activism undertaken by Irish American, Jewish American, and African American organizations in the opening decades of the twentieth century.”--Journal of Southern History

“Richly researched. . . . An excellent and necessary book [that] deepens our understanding of crucial debates in American democracy.”--Journal of American History

"Censoring Racial Ridicule makes a signal contribution to the history of censorship and free speech, showing that calls to ban or to revise controversial theater and film productions were often based on a gender- and class-inflected antiracism. The history of opposition to hate speech is thus greatly deepened by this study, which demonstrates that what we take to be a very modern concern with political correctness is heir to longstanding controversies."--David Roediger, University of Illinois at Urbana–Champaign 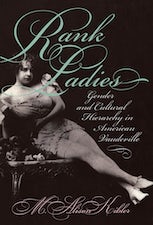