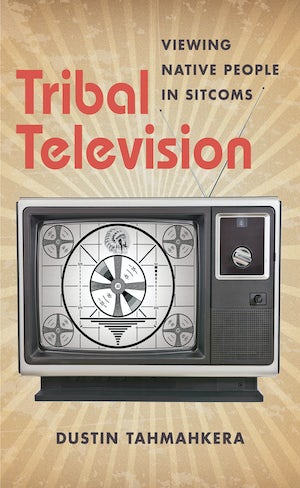 Native Americans have been a constant fixture on television, from the dawn of broadcasting, when the iconic Indian head test pattern was frequently used during station sign-ons and sign-offs, to the present. In this first comprehensive history of indigenous people in television sitcoms, Dustin Tahmahkera examines the way Native people have been represented in the genre. Analyzing dozens of television comedies from the United States and Canada, Tahmahkera questions assumptions that Native representations on TV are inherently stereotypical and escapist. From The Andy Griffith Show and F-Troop to The Brady Bunch, King of the Hill, and the Native-produced sitcom, Mixed Blessings, Tahmahkera argues that sitcoms not only represent Native people as objects of humor but also provide a forum for social and political commentary on indigenous-settler relations and competing visions of America.

Considering indigenous people as actors, producers, and viewers of sitcoms as well as subjects of comedic portrayals, Tribal Television underscores the complexity of Indian representations, showing that sitcoms are critical contributors to the formation of contemporary indigenous identities and relationships between Native and non-Native people.

Dustin Tahmahkera (Comanche Nation) is assistant professor in the Department of Mexican American and Latina/o Studies and faculty affiliate in the Native American and Indigenous Studies Program at the University of Texas at Austin.
For more information about Dustin Tahmahkera, visit the Author Page.

"Tahmahkera does an excellent job of unpacking the underling ideologies of . . . sitcoms, demonstrating how their story lines correlate with contemporaneous political narratives as well as the federal government's public relations objectives."--Journal of American Ethnic History

"Highlighting strange but telling moments in the history of indigenous representation on U.S. and Canadian television, Dustin Tahmahkera makes a real contribution to our understanding of television and race. What might seem lighter than a soufflé--take The Brady Bunch, for instance--becomes a serious and interesting subject in the author's hands."--Randolph Lewis, University of Texas at Austin

"Focusing on the need for critical indigenous popular cultural studies, this ambitious book offers an important and timely frame through which to consider how discourses on indigenous identities and relations between Natives and non-Natives have been shaped by decades of situational comedies. Providing important insights into an archive that is generally dismissed as frivolous, Tahmahkera assesses television history to chart some of the major developments in twentieth-century federal Indian policy and their impact on popular culture."--Jodi Byrd, University of Illinois at Urbana–Champaign 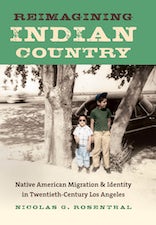