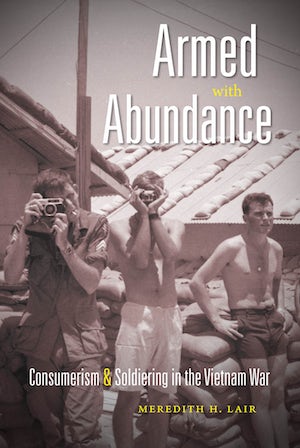 Popular representations of the Vietnam War tend to emphasize violence, deprivation, and trauma. By contrast, in Armed with Abundance, Meredith Lair focuses on the noncombat experiences of U.S. soldiers in Vietnam, redrawing the landscape of the war so that swimming pools, ice cream, visits from celebrities, and other "comforts" share the frame with combat.

To address a tenuous morale situation, military authorities, Lair reveals, wielded abundance to insulate soldiers--and, by extension, the American public--from boredom and deprivation, making the project of war perhaps easier and certainly more palatable. The result was dozens of overbuilt bases in South Vietnam that grew more elaborate as the war dragged on. Relying on memoirs, military documents, and G.I. newspapers, Lair finds that consumption and satiety, rather than privation and sacrifice, defined most soldiers' Vietnam deployments. Abundance quarantined the U.S. occupation force from the impoverished people it ostensibly had come to liberate, undermining efforts to win Vietnamese "hearts and minds" and burdening veterans with disappointment that their wartime service did not measure up to public expectations. With an epilogue that finds a similar paradigm at work in Iraq, Armed with Abundance offers a unique and provocative perspective on modern American warfare.

“A valuable work for any student of this war. Highly recommended. All levels/libraries.”--Choice

"Fluid and engrossing."--A Nota Bene selection of The Chronicle of Higher Education

"Belongs on any reading list on the American experience in Southeast Asia."--Journal of American History

“Lair has laid the foundation stone for a new historiographical approach, a research field that focuses on the other aspect of warfare, the leisure culture during wartime and between battles. This research can serve as a model for the examination of similar phenomena in other wars.”--H-War

“In this refreshing, original book, Meredith Lair attempts to disrupt and transform traditional narratives of the [Vietnam] war by focusing on the overwhelming majority of American personnel in Vietnam who served in noncombat positions. . . . [Her] bold and courageous book encourages us to ask difficult questions about what this means for traditional and often-outdated ideas about the military, soldiers, and citizens during wartime.”--Register of the Kentucky Historical Society

“Break[s] new ground in scholarship on American experiences of the war in Vietnam. . . . Boldly and skillfully venture[s] into new historical terrain, and complicates the war story in the process.”--Diplomatic History 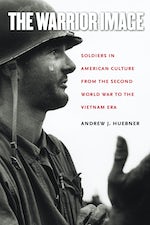