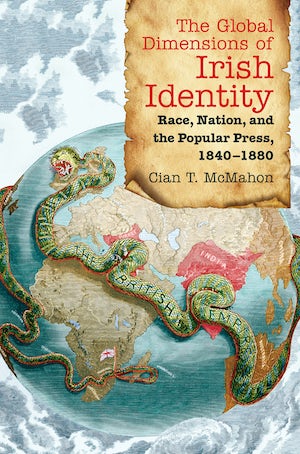 Though Ireland is a relatively small island on the northeastern fringe of the Atlantic, 70 million people worldwide--including some 45 million in the United States--claim it as their ancestral home. In this wide-ranging, ambitious book, Cian T. McMahon explores the nineteenth-century roots of this transnational identity. Between 1840 and 1880, 4.5 million people left Ireland to start new lives abroad. Using primary sources from Ireland, Australia, and the United States, McMahon demonstrates how this exodus shaped a distinctive sense of nationalism. By doggedly remaining loyal to both their old and new homes, he argues, the Irish helped broaden the modern parameters of citizenship and identity.

From insurrection in Ireland to exile in Australia to military service during the American Civil War, McMahon's narrative revolves around a group of rebels known as Young Ireland. They and their fellow Irish used weekly newspapers to construct and express an international identity tailored to the fluctuating world in which they found themselves. Understanding their experience sheds light on our contemporary debates over immigration, race, and globalization.

Cian T. McMahon is associate professor of history at the University of Nevada, Las Vegas.
For more information about Cian T. McMahon, visit the Author Page.

“[A] valuable contribution to the literature on the Irish diaspora.”--American Historical Review

“A valuable intervention in the debate about nineteenth-century Irish attitudes on race.”--Journal of American History

“A great study of how Irishness was forged in foreign fields.”--Newstalk

“Offers a compelling and persuasive account of the translational evolution of Irish nationalism.”--Irish Literary Supplement

“McMahon makes valuable contributions to the historiography of Irish nationalism and the nineteenth century popular press, as well as our ever more complex understandings of Irish and Irish American racial identity.”--Journal of American Ethnic History