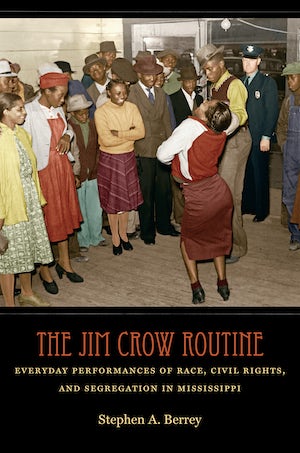 The South's system of Jim Crow racial oppression is usually understood in terms of legal segregation that mandated the separation of white and black Americans. Yet, as Stephen A. Berrey shows, it was also a high-stakes drama that played out in the routines of everyday life, where blacks and whites regularly interacted on sidewalks and buses and in businesses and homes. Every day, individuals made, unmade, and remade Jim Crow in how they played their racial roles--how they moved, talked, even gestured. The highly visible but often subtle nature of these interactions constituted the Jim Crow routine.

In this study of Mississippi race relations in the final decades of the Jim Crow era, Berrey argues that daily interactions between blacks and whites are central to understanding segregation and the racial system that followed it. Berrey shows how civil rights activism, African Americans' refusal to follow the Jim Crow script, and national perceptions of southern race relations led Mississippi segregationists to change tactics. No longer able to rely on the earlier routines, whites turned instead to less visible but equally insidious practices of violence, surveillance, and policing, rooted in a racially coded language of law and order. Reflecting broader national transformations, these practices laid the groundwork for a new era marked by black criminalization, mass incarceration, and a growing police presence in everyday life.

Stephen A. Berrey is an assistant professor of American culture and history at the University of Michigan.
For more information about Stephen A. Berrey, visit the Author Page.

“Break[s] new ground in the study of white resistance to racial change during and after the civil rights movement.”--Journal of American History

“A multifaceted study that employs a variety of lenses that are missing in more reductive works on race in America.”--American Historical Review

"An important, original book that challenges how we understand Mississippi, the nature of segregation, and Black and white roles within it."--Canadian Journal of History

"Stephen A. Berrey's The Jim Crow Routine is a pathbreaking study of segregation and desegregation in twentieth-century Mississippi. Writing with admirable clarity and grace, Berrey makes outstanding use of the concept of performance to illuminate the everyday practices and often unwritten rules at play in Mississippi's race relations, both before and after the civil rights movement. The result is an elegant and insightful book that reminds us that segregation was never just a matter of law and shows us that massive resistance was almost as quotidian as segregation itself."--Mia E. Bay, Rutgers University

"Stephen Berrey has written the cultural history of Jim Crow's demise in Mississippi. To a degree unmatched by previous scholars, he emphasizes the everyday interactions and cultural dynamics of a transformation more commonly viewed through the lens of politics, law, economics, and social movements. His study opens up new avenues of inquiry and forever alters how scholars will think and write about the life, death, and legacies of Jim Crow."--Jason Morgan Ward, author of Defending White Democracy: The Making of a Segregationist Movement and the Remaking of Racial Politics, 1936–1965 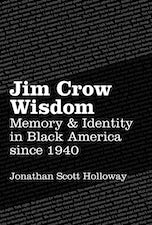