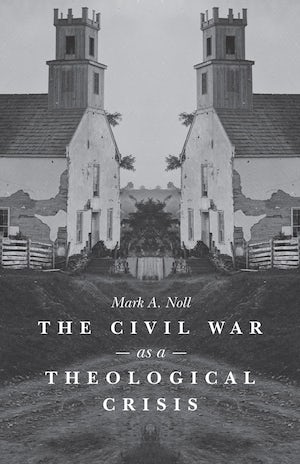 Viewing the Civil War as a major turning point in American religious thought, Mark A. Noll examines writings about slavery and race from Americans both white and black, northern and southern, and includes commentary from Protestants and Catholics in Europe and Canada. Though the Christians on all sides agreed that the Bible was authoritative, their interpretations of slavery in Scripture led to a full-blown theological crisis.

Mark A. Noll is McAnaney Professor of History at the University of Notre Dame. He is author or editor of 35 books, including the award-winning America's God: From Jonathan Edwards to Abraham Lincoln.
For more information about Mark A. Noll, visit the Author Page.

"An informative account of the theological dramas that underpinned and were unleashed by the Civil War. . . . This book's substantive analysis belies its brevity. . . . This slim work of history is surprisingly timely."--Publishers Weekly

"The best account and interpretation of how Christian ideas shaped, and were shaped by, the Civil War."--Christianity Today

"Raises momentous questions for the history of American Christianity while offering . . . intriguing insights into an understudied aspect of our nation's greatest civil ordeal."--Books & Culture

"A distinctive piece of Civil War scholarship. . . . This slim set of lectures greatly enhances the study of religion's role in the American Civil War and the study of Christian intellectual life during a crucial period of U.S. history. Scholars in both fields will profit especially from its pioneering research into Christian Europe's varied reactions to the American Iliad and its causes. Advanced students and discerning general readers will appreciate the book's lively prose and its suggestive conclusions."--Civil War Book Review

"[Noll] grapples convincingly with one of the oldest arguments among theologians: their interpretation of what the Bible has to say about slavery."--Black Issues Book Review