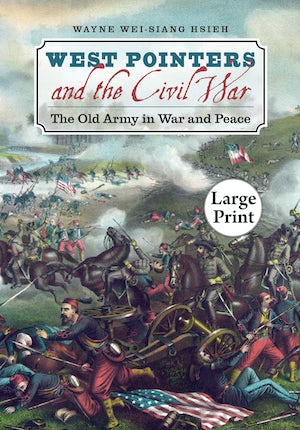 Most Civil War generals were graduates of West Point, and many of them helped transform the U.S. Army from what was little better than an armed mob that performed poorly during the War of 1812 into the competent fighting force that won the Mexican War. Wayne Wei-siang Hsieh demonstrates how the "old army" transformed itself into a professional military force after 1814, and, more important, how "old army" methods profoundly shaped the conduct of the Civil War.

Wayne Wei-siang Hsieh is associate professor of history at the United States Naval Academy and has served with the U.S. State Department on a Provincial Reconstruction Team in Iraq.
For more information about Wayne Wei-siang Hsieh, visit the Author Page.

"Leaves few stones unturned in examining how the professional officer corps produced by the U.S. Military Academy in the 19th century influenced the evolution of battlefield tactics at this critical point in our nation's history. . . . [Adds] another perspective to the historiography of a complex topic."--Civil War Times

"Judicious and well-researched. . . . Hsieh's project . . . is to explain the mentality of military professionals. . . . It is a task that he accomplishes with great skill."--Journal of American History

"This original and important book asks us to reconceptualize much of what we think about the Civil War."--Journal of Southern History

"A solid contribution to scholarship . . . [An] excellent treatment of antebellum debates over tactical doctrine and particular tactical events during the war."--Journal of Military History

"The most useful section of Hsieh's book for the general historian of the Civil War is his discussion of [the officers of the professional army officer corps]."--Louisiana History