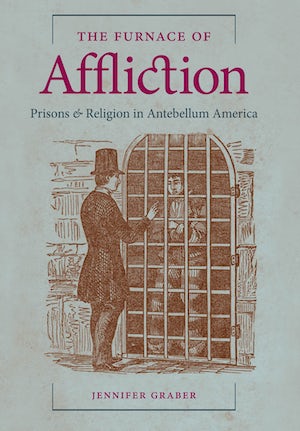 Focusing on the intersection of Christianity and politics in the American penitentiary system, Jennifer Graber explores evangelical Protestants' efforts to make religion central to emerging practices and philosophies of prison discipline from the 1790s through the 1850s.

Initially, state and prison officials welcomed Protestant reformers' and ministers' recommendations, particularly their ideas about inmate suffering and redemption. Over time, however, officials proved less receptive to the reformers' activities, and inmates also opposed them. Ensuing debates between reformers, officials, and inmates revealed deep disagreements over religion's place in prisons and in the wider public sphere as the separation of church and state took hold and the nation's religious environment became more diverse and competitive. Examining the innovative New York prison system, Graber shows how Protestant reformers failed to realize their dreams of large-scale inmate conversion or of prisons that reflected their values. To keep a foothold in prisons, reformers were forced to relinquish their Protestant terminology and practices and instead to adopt secular ideas about American morals, virtues, and citizenship. Graber argues that, by revising their original understanding of prisoner suffering and redemption, reformers learned to see inmates' afflictions not as a necessary prelude to a sinner's experience of grace but as the required punishment for breaking the new nation's laws.

Jennifer Graber is associate professor of religious studies at the University of Texas at Austin.
For more information about Jennifer Graber, visit the Author Page.

“Graber makes a convincing argument that Protestant prison reformers were central to the development of the idea that prisons exist to rehabilitate convicts.”--The Historian

“One of the first in-depth studies of Protestant prison religion in the United States between the American Revolution and the Civil War. . . . [It] raises important questions about the extent to which antebellum Protestant success or failure in influencing public policy hinged on the ideologies put forward by reformers, their decision to conform to political demands, and the willingness of the public to support their efforts.”--Church History

"Provocative and interesting."--Journal of American History

"Graber's book is a well-crafted historical case study . . . . [She] has done full justice to these historical conversations in her excellent book."--Register of the Kentucky Historical Society

“The book has much to recommend it.”--Journal of Church and State

“A well-researched, clearly articulated historical account of the struggle over Protestant Christianity’s religio-social role in the antebellum prison.”--Conrad Grebel Review