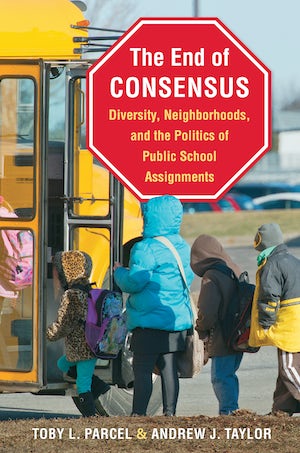 One of the nation's fastest growing metropolitan areas, Wake County, North Carolina, added more than a quarter million new residents during the first decade of this century, an increase of almost 45 percent. At the same time, partisanship increasingly dominated local politics, including school board races. Against this backdrop, Toby Parcel and Andrew Taylor consider the ways diversity and neighborhood schools have influenced school assignment policies in Wake County, particularly during 2000-2012, when these policies became controversial locally and a topic of national attention. The End of Consensus explores the extraordinary transformation of Wake County during this period, revealing inextricable links between population growth, political ideology, and controversial K–12 education policies.

Drawing on media coverage, in-depth interviews with community leaders, and responses from focus groups, Parcel and Taylor's innovative work combines insights from these sources with findings from a survey of 1,700 county residents. Using a broad range of materials and methods, the authors have produced the definitive story of politics and change in public school assignments in Wake County while demonstrating the importance of these dynamics to cities across the country.

“A rich historical context of policies and politics that shaped the public's reception of repeated reassignments and the use of year-round schools.”--Social Forces

"The End of Consensus both sets the historical record straight regarding the status of public education in Wake County and illuminates the social, political, and educational processes that are at play in Raleigh and, more generally, in contemporary public education across the United States. It stands as a striking case study of the underlying social and political dynamics of school reform that communities across the nation are facing."--Roslyn Arlin Mickelson, University of North Carolina at Charlotte

"This significant volume presents a history of the various alignments and realignments of political leadership, as well as how seemingly unconnected policies can interact to shape citizens' perspectives."--Elizabeth DeBray, University of Georgia 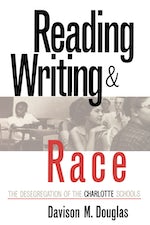