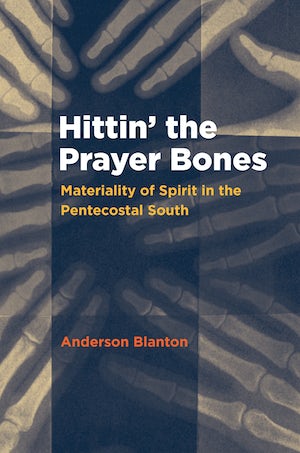 In this work, Anderson Blanton illuminates how prayer, faith, and healing are intertwined with technologies of sound reproduction and material culture in the charismatic Christian worship of southern Appalachia. From the radios used to broadcast prayer to the curative faith cloths circulated through the postal system, material objects known as spirit-matter have become essential since the 1940s, Blanton argues, to the Pentecostal community's understanding and performances of faith.

Hittin' the Prayer Bones draws on Blanton's extensive site visits with church congregations, radio preachers and their listeners inside and outside the broadcasting studios, and more than thirty years of recorded charismatic worship made available to him by a small Christian radio station. In documenting the transformation and consecration of everyday objects through performances of communal worship, healing prayer, and chanted preaching, Blanton frames his ethnographic research in the historiography of faith healing and prayer, as well as theoretical models of materiality and transcendence. At the same time, his work affectingly conveys the feelings of horror, healing, and humor that are unleashed in practitioners as they experience, in their own words, the sacred, healing presence of the Holy Ghost.

Anderson Blanton is a postdoctoral associate at the Yale Institute of Sacred Music.
For more information about Anderson Blanton, visit the Author Page.

“A provocative and exciting ethnographic contribution to the broader fields of American religion, Pentecostalism, and southern studies. . . . A rewarding book, indispensable for scholars of Pentecostalism and religion in the American South.”--Journal of Southern History

“Blanton’s ethnography of charismatic Christianity in Appalachia has a distinctly musical quality.... This is really not a book one simply reads; it is a book to experience.”--AnthroCyBib

“Accessible and stimulating. . . . A multilayered, challenging, and insightful articulation of the materialization of the Pentecostal faith.”--Journal of American Folklore

"A brilliant and deeply fascinating analysis of Appalachian iconoclastic Pentecostal mystical practice. Beautifully written and cogently argued, Anderson Blanton's book has far-ranging significance for contemporary trends in cultural theory. It carefully and powerfully guides the reader through dense (and riveting) terrains of daily religious life and into truly exciting philosophical, religious, and poetic forms of recognition of the power of messages resounding in the ordinary world."--Kathleen Stewart, University of Texas at Austin

"An engaging and insightful contribution to our understandings of American Christianity, especially the vibrant traditions of Christianity in the Blue Ridge and surrounds. Anderson Blanton's work tacks between equally engaging accounts of classic charismatic texts and his own fieldwork, giving us a sense of the charismatic world here, especially how it sounds and feels. In Blanton, we have a wonderful new voice on religion and media."--Matthew Engelke, The London School of Economics and Political Science 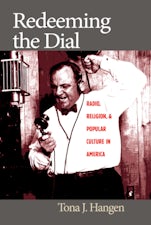