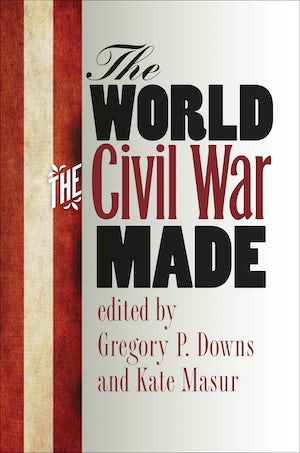 To purchase online via an independent bookstore, visit Bookshop.org
At the close of the Civil War, it was clear that the military conflict that began in South Carolina and was fought largely east of the Mississippi River had changed the politics, policy, and daily life of the entire nation. In an expansive reimagining of post–Civil War America, the essays in this volume explore these profound changes not only in the South but also in the Southwest, in the Great Plains, and abroad. Resisting the tendency to use Reconstruction as a catchall, the contributors instead present diverse histories of a postwar nation that stubbornly refused to adopt a unified ideology and remained violently in flux. Portraying the social and political landscape of postbellum America writ large, this volume demonstrates that by breaking the boundaries of region and race and moving past existing critical frameworks, we can appreciate more fully the competing and often contradictory ideas about freedom and equality that continued to define the United States and its place in the nineteenth-century world.

Kate Masur is associate professor of history at Northwestern University.
For more information about Kate Masur, visit the Author Page.

“Ponder these essays, assign this volume, and join the authors in rethinking the many worlds the Civil War made.”--Journal of American History

“The essays in the collection engage with one another and with these key ideas better than in almost any other edited volume I have read.”--Journal of Southern History

“An undoubtedly important contribution to the literature on Reconstruction. . . . Break[s] new ground and offer[s] excellent suggestions and inspirations for future study.”--Register of the Kentucky Historical Society

"The World the Civil War Made offers myriad vital and exciting new perspectives that transcend previous works and challenge our understanding of the Civil War, Reconstruction, and the American past."--Elliott West, University of Arkansas 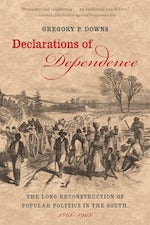