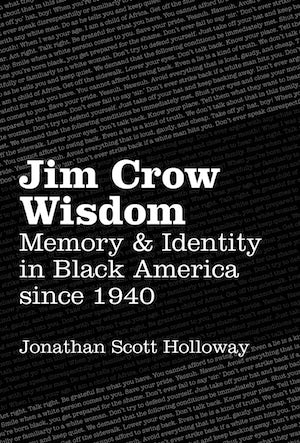 How do we balance the desire for tales of exceptional accomplishment with the need for painful doses of reality? How hard do we work to remember our past or to forget it? These are some of the questions that Jonathan Scott Holloway addresses in this exploration of race memory from the dawn of the modern civil rights era to the present. Relying on social science, documentary film, dance, popular literature, museums, memoir, and the tourism trade, Holloway explores the stories black Americans have told about their past and why these stories are vital to understanding a modern black identity. In the process, Holloway asks much larger questions about the value of history and facts when memories do violence to both.

Making discoveries about his own past while researching this book, Holloway weaves first-person and family memories into the traditional third-person historian’s perspective. The result is a highly readable, rich, and deeply personal narrative that will be familiar to some, shocking to others, and thought-provoking to everyone.

"[A] riveting account of how we see, study, and learn about racial identity, and how we acquire the memories that shape that identity. . . . An evocative bildungsroman in which we see the social scientist as a young man become the provocative historian."--Publishers Weekly, starred review

“Shows how racial alienation continues to stoke a centuries-old longing for home in many African-Americans.”--Chronicle of Higher Education

"A very valuable contribution that has broader significance than a traditional history book. . . . Highly recommended. All levels/libraries."--Choice

“An outstanding and beautifully written book that opens up a whole new conversation about the role of memory, knowledge production, and identity formation within African American life.”--The Journal of Southern History

“With a scholarly perspective, [Holloway] engages with his own family lore and makes a fair amount of self-discovery in this exploration of modern black identity.”--Stanford Magazine

“A book worth careful study. . . . A nuanced account of African American identity and survival during the age of Jim Crow.”--North Carolina Historical Review

Read:In another post, Holloway details some of the thoughts that led to his decision to write as unorthodox a book as "Jim Crow Wisdom". Read "Where Does a Historian Find the Truth?"

Read: In his first guest blog post for UNC Press, Holloway offers a new perspective on our memories of the civil rights movement, challenging us to consider the smaller, more common--but less told--stories. Read "Whose Dream? Whose History?"