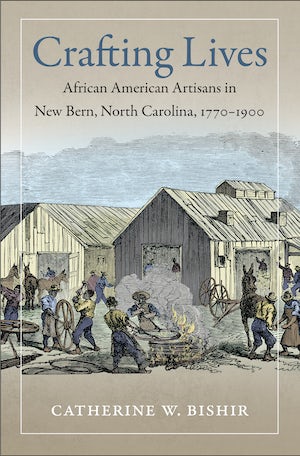 From the colonial period onward, black artisans in southern cities--thousands of free and enslaved carpenters, coopers, dressmakers, blacksmiths, saddlers, shoemakers, bricklayers, shipwrights, cabinetmakers, tailors, and others--played vital roles in their communities. Yet only a very few black craftspeople have gained popular and scholarly attention. Catherine W. Bishir remedies this oversight by offering an in-depth portrayal of urban African American artisans in the small but important port city of New Bern. In so doing, she highlights the community's often unrecognized importance in the history of nineteenth-century black life.

Drawing upon myriad sources, Bishir brings to life men and women who employed their trade skills, sense of purpose, and community relationships to work for liberty and self-sufficiency, to establish and protect their families, and to assume leadership in churches and associations and in New Bern’s dynamic political life during and after the Civil War. Focusing on their words and actions, Crafting Lives provides a new understanding of urban southern black artisans’ unique place in the larger picture of American artisan identity.

“Bishir sheds light on how African American artisans were affected by changing race relations, how they exercised agency, and most importantly how they crafted identities as artisans and citizens. Scholars interested in these subjects and the history of North Carolina will appreciate Bishir’s fine book.”--Journal of American History

“Pays tribute to this . . . part of African-American life that . . . is seldom told.”--Durham Herald-Sun

"Catherine Bishir's latest work is a must-read for students and researchers of the U.S. South."--Journal of African American History

"This work will appeal to a broad audience of scholars interested in southern labor history, the extended narrative of black life in the South, and the role of artisan workers in the larger shaping of American work and culture in the long nineteenth century."--Journal of Southern History

“Bishir’s immensely readable, entertaining new book is a welcome contribution to the literature and a first-rate reconstruction of the obscure world of New Bern’s nineteenth-century artisans of color.”--The North Carolina Historical Review

“A compelling story of African American urban artisans working in New Bern, North Carolina, from the colonial period up to the beginning of the twentieth century. . . . A major contribution to urban artisan knowledge in the United States.”--Journal of the North Carolina Association of Historians 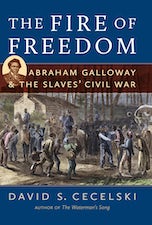 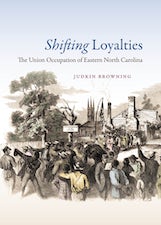