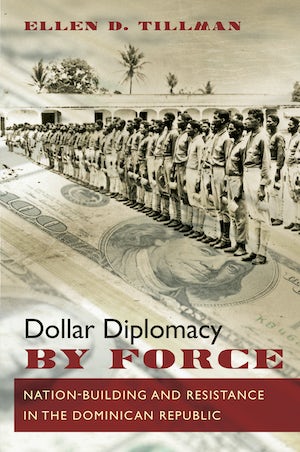 In the early twentieth century, the United States set out to guarantee economic and political stability in the Caribbean without intrusive and controversial military interventions—and ended up achieving exactly the opposite. Using military and government records from the United States and the Dominican Republic, this work investigates the extent to which early twentieth-century U.S. involvement in the Dominican Republic fundamentally changed both Dominican history and the conduct of U.S. foreign policy. Successive U.S. interventions based on a policy of "dollar diplomacy" led to military occupation and contributed to a drastic shifting of the Dominican social order, as well as centralized state military power, which Rafael Trujillo leveraged in his 1920s rise to dictatorship. Ultimately, this book demonstrates that the overthrow of the social order resulted not from military planning but from the interplay between uncoordinated interventions in Dominican society and Dominican responses.

Telling a neglected story of occupation and resistance, Ellen D. Tillman documents the troubled efforts of the U.S. government to break down the Dominican Republic and remake it from the ground up, providing fresh insight into the motivations and limitations of occupation.

“A welcome and valuable addition to the growing body of scholarship examining U.S.-Dominican relations.”--The Latin Americanist

“Contributes to military and Latin American history, foreign relations, and the literature on nation building; scholars of these fields will welcome it. So will students, because it is a gripping tale, rich in detail.”--Hispanic American Historical Review

“Makes a significant contribution to the study of Dominican-American relations in the early twentieth-century. . . . A useful and important volume for those interested in military history, Caribbean history, and the history of imperialism and US foreign policy.”--H-Net Reviews

“A valuable historical case-study of an early US attempt at nation-building and of the degree of opposition and distortion that this can elicit, an endeavor which has an all-too-contemporary resonance.”--International Affairs

“The multinational research in this book is a model study of interlaced history between the Dominican Republic and the United States from the 1880s to the 1930s. Tillman’s excellent work brings us closer to solving the puzzle of how U.S. military officials, who sincerely wished to reform Dominican institutions to mirror those in the United States, ended up contributing instead to a generation-long dictatorship.”--Alan McPherson, author of The Invaded: How Latin Americans and their Allies Fought and Ended U.S. Occupations

"Ellen Tillman’s pathbreaking study of the U.S. military in the Dominican Republic is original in conception, thoroughly researched, and gracefully written. Her primary focus on interaction at the local level—among complex and often competing interests on both the U.S and Dominican sides—adds significant nuance to our understanding of the U.S. imperial project in this region.--Kevin Murphy, author of The American Merchant Experience in Nineteenth Century Japan 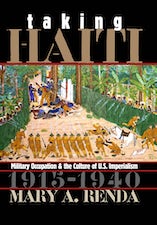