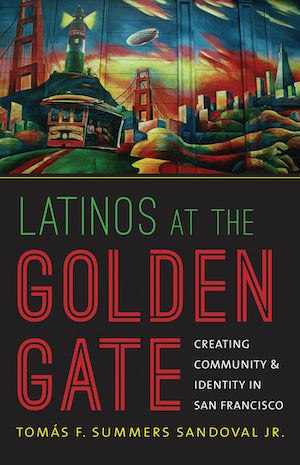 Born in an explosive boom and built through distinct economic networks, San Francisco has a cosmopolitan character that often masks the challenges migrants faced to create community in the city by the bay. Latin American migrants have been part of the city's story since its beginning. Charting the development of a hybrid Latino identity forged through struggle--latinidad--from the Gold Rush through the civil rights era, Tomás F. Summers Sandoval Jr. chronicles the rise of San Francisco's diverse community of Latin American migrants.

This latinidad, Summers Sandoval shows, was formed and made visible on college campuses and in churches, neighborhoods, movements for change, youth groups, protests, the Spanish-language press, and business districts. Using diverse archival sources, Summers Sandoval gives readers a panoramic perspective on the transformation of a multinational, multigenerational population into a visible, cohesive, and diverse community that today is a major force for social and political activism and cultural production in California and beyond.

"Tomás Summers Sandoval brings much needed attention to the social history and lived experiences of Latinos in the region and draws special attention to the histories of political activism and political resistance that have been critical to San Francisco's development. His new book fills one of the largest holes in Latino historiography and helps readers of all stripes to better understand the centrality of Latinos in the making of the city."--Stephen J. Pitti, Yale University

Read: In a guest blog post, Summers Sandoval examines the history of multinational Latino communities in urban American cities and how their formation becomes even more important in response to current political discussions. Read "Out of Many, Uno"

In another guest blog post, Summers Sandoval examines the gentrification of previously working-class neighborhoods and the effect it’s having on the Latino laboring class and their community histories. Read "Community History in the Path of 'Progress'" 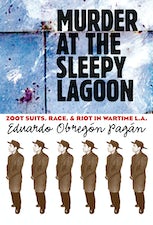