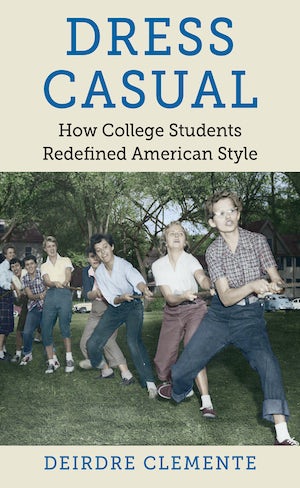 As Deirdre Clemente shows in this lively history of fashion on American college campuses, whether it's jeans and sneakers or khakis with a polo shirt, chances are college kids made it cool. The modern casual American wardrobe, Clemente argues, was born in the classrooms, dormitories, fraternity and sorority houses, and gyms of universities and colleges across the country. As young people gained increasing social and cultural clout during the early twentieth century, their tastes transformed mainstream fashion from collared and corseted to comfortable. From east coast to west and from the Ivy League to historically black colleges and universities, changing styles reflected new ways of defining the value of personal appearance, and, by extension, new possibilities for creating one's identity.

The pace of change in fashion options, however, was hardly equal. Race, class, and gender shaped the adoption of casual style, and young women faced particular backlash both from older generations and from their male peers. Nevertheless, as coeds fought dress codes and stereotypes, they joined men in pushing new styles beyond the campus, into dance halls, theaters, homes, and workplaces. Thanks to these shifts, today's casual style provides a middle ground for people of all backgrounds, redefining the meaning of appearance in American culture.

Deirdre Clemente is assistant professor of history at the University of Nevada–Las Vegas.
For more information about Deirdre Clemente, visit the Author Page.

“Dress Casual explores issues surrounding race, gender and class, with Clemente arguing that once higher education became more open to those other than white elites, college administrators had to shift their attitudes about which clothing was considered appropriate.”--Inside Higher Ed

“This engaging and highly readable cultural history is highly recommended for readers interested in the development of clothing or in early 20th-century college life.”--Library Journal

“The book’s thesis is convincing and enlivened by well-chosen illustrations and delightful quotes from students themselves. . . . Highly recommended.”--Choice

“The entire book or selected chapters are good reads in courses that discuss social aspects of dress or the influence of society and social change in the development of retailing and fashion media.”--Journal of Family & Consumer Sciences

"Well written and solidly researched, Clemente’s text offers a needed step forward in considering fashion in the first half of the twentieth century as essential to American collegiate life."--Journal of American History

"A serious and genuine contribution to the history of American fashion and cultural life."--Reviews in History 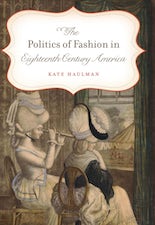 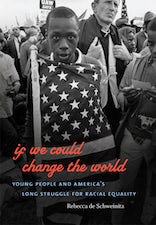