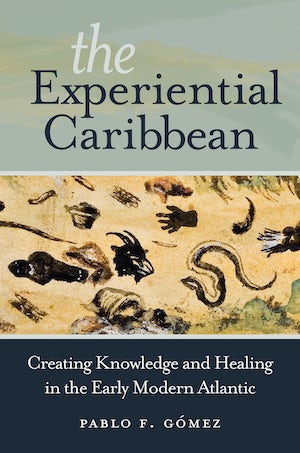 Opening a window on a dynamic realm far beyond imperial courts, anatomical theaters, and learned societies, Pablo F. Gómez examines the strategies that Caribbean people used to create authoritative, experientially based knowledge about the human body and the natural world during the long seventeenth century. Gómez treats the early modern intellectual culture of these mostly black and free Caribbean communities on its own merits and not only as it relates to well-known frameworks for the study of science and medicine.

Drawing on an array of governmental and ecclesiastical sources—notably Inquisition records—Gómez highlights more than one hundred black ritual practitioners regarded as masters of healing practices and as social and spiritual leaders. He shows how they developed evidence-based healing principles based on sensorial experience rather than on dogma. He elucidates how they nourished ideas about the universality of human bodies, which contributed to the rise of empirical testing of disease origins and cures. Both colonial authorities and Caribbean people of all conditions viewed this experiential knowledge as powerful and competitive. In some ways, it served to respond to the ills of slavery. Even more crucial, however, it demonstrates how the black Atlantic helped creatively to fashion the early modern world.

“Gómez explores the relationship between localized knowledge creation and the practice of health and healing in the early modern Atlantic. Recommended.”--Choice

“With a sharp eye for epistemic difference, deep knowledge of medical science (Gómez has an M.D.), and an engaging style, Gómez demonstrates that the scientific revolution took place in the margins of the seventeenth-century Atlantic world, in the hands and minds of people of African descent.”--Bulletin of the History of Medicine

"This is a fascinating and challenging book that will reward readers in a variety of fields, including the history of early modern science and medicine, but also those interested in the broader social and intellectual history of the Caribbean and Atlantic world."--Early Science and Medicine

"The book's conceptual breadth and imagination make it a valuable contribution to literatures ranging from Atlantic slavery to science studies and the history of medicine."--Medical History

"A sweeping, ambitious, and provocative analysis of the various practices and beliefs black ritual specialists and healers in the Caribbean employed under Spanish colonial rule."--Manguinhos

“A fascinating overview of medical practices from the perspective of ritual practitioners of African descent in the Caribbean in the long seventeenth century.”--Isis