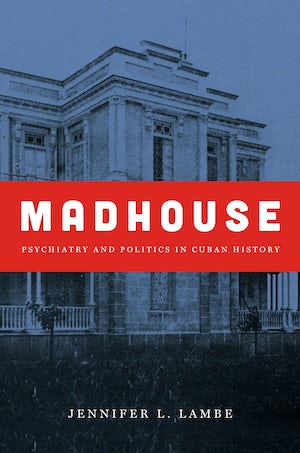 On the outskirts of Havana lies Mazorra, an asylum known to--and at times feared by--ordinary Cubans for over a century. Since its founding in 1857, the island’s first psychiatric hospital has been an object of persistent political attention. Drawing on hospital documents and government records, as well as the popular press, photographs, and oral histories, Jennifer L. Lambe charts the connections between the inner workings of this notorious institution and the highest echelons of Cuban politics. Across the sweep of modern Cuban history, she finds, Mazorra has served as both laboratory and microcosm of the Cuban state: the asylum is an icon of its ignominious colonial and neocolonial past and a crucible of its republican and revolutionary futures.

From its birth, Cuban psychiatry was politically inflected, drawing partisan contention while sparking debates over race, religion, gender, and sexuality. Psychiatric notions were even invested with revolutionary significance after 1959, as the new government undertook ambitious schemes for social reeducation. But Mazorra was not the exclusive province of government officials and professionalizing psychiatrists. U.S. occupiers, Soviet visitors, and, above all, ordinary Cubans infused the institution, both literal and metaphorical, with their own fears, dreams, and alternative meanings. Together, their voices comprise the madhouse that, as Lambe argues, haunts the revolutionary trajectory of Cuban history.

"A definitive account of the ups and downs of this institution, as well as a tour of the horizon of Cuban psychiatry in general, documenting the arrival of psychotherapy, psychopharmacology, and the other great tides in the history of international psychiatry that washed up on these Latin shores."--Isis

“An important contribution to the understanding of Cuban history that bridges many historiographies, from scholarship of state formation and imperial politics to histories of gender and sexuality to the history of medicine.”--American Historical Review

“Destined to become mandatory reading for all of those interested in the history of psychiatry in Latin America and also, more broadly, for the general public interested in Cuban history.”--Hispanic American Historical Review

“Will serve as a launching pad for future researchers.”--Bulletin of the History of Medicine

“Lambe reminds the reader of the lasting power of revolution and its role in psychiatry in Cuba.”--H-Net Reviews

“Attends to interactions among state officials, legal regimes, and clinical approaches to what has been variably termed insanity, or loss of reason.”--New West Indian Guide