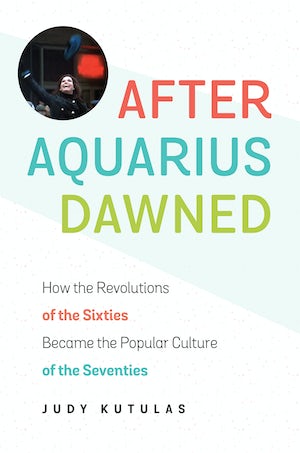 In this book, Judy Kutulas complicates the common view that the 1970s were a time of counterrevolution against the radical activities and attitudes of the previous decade. Instead, Kutulas argues that the experiences and attitudes that were radical in the 1960s were becoming part of mainstream culture in the 1970s, as sexual freedom, gender equality, and more complex notions of identity, work, and family were normalized through popular culture--television, movies, music, political causes, and the emergence of new communities. Seemingly mundane things like watching The Mary Tyler Moore Show, listening to Carole King songs, donning Birkenstock sandals, or reading Roots were actually critical in shaping Americans’ perceptions of themselves, their families, and their relation to authority.

Even as these cultural shifts eventually gave way to a backlash of political and economic conservatism, Kutulas shows that what critics perceive as the narcissism of the 1970s was actually the next logical step in a longer process of assimilating 1960s values like individuality and diversity into everyday life. Exploring such issues as feminism, sexuality, and race, Kutulas demonstrates how popular culture helped many Americans make sense of key transformations in U.S. economics, society, politics, and culture in the late twentieth century.

Judy Kutulas is professor of history and American studies at Saint Olaf College.
For more information about Judy Kutulas, visit the Author Page.

“[A] comprehensive and illuminating reassessment of the 1970s.”--Journal of American Culture

“This book, composed of six beautifully crafted essays, offers fascinating reflections on how the popular culture of the 1970s—songwriting, television, film, fashion, and journalism—helped normalize radical values at the heart of the political and social movements of the 1960s, values that included individual agency, sexual freedom, racial equality, and gender diversity.”--Journal of Southern History

“Kutulas’s lively essays are rooted in anecdote and are free of jargon, making this book an ideal text for both undergraduate students and general readers.”--Journal of Southern History

“Each case study in After Aquarius Dawned foregrounds the continuum of production and reception: the author pays attention to the decisions made in the studio and the newsroom, demonstrating the kinds of deep reading that culture deserves. . . . It is rigorous in its analysis and faithful in its depiction. It will be of interest to scholars of the postwar United States, consumer culture, television and media, and social movements, among other topics.”--Journal of American History

"In this deeply ambitious and fascinating history, Judy Kutulas reveals how the 'Aquarian' promise of the 1960s was extended, revised, and integrated into 1970s popular culture and reflected in the lives of 'everyday' Americans. This book should stand as a major work (even the major work) on the cultural history of the 1970s."--Jeremy Varon, The New School