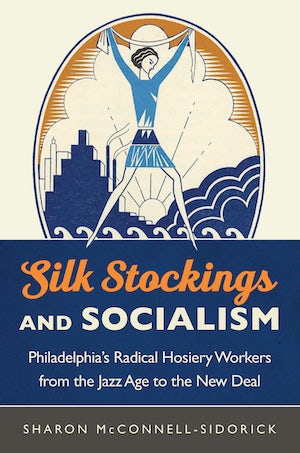 The 1920s Jazz Age is remembered for flappers and speakeasies, not for the success of a declining labor movement. A more complex story was unfolding among the young women and men in the hosiery mills of Kensington, the working-class heart of Philadelphia. Their product was silk stockings, the iconic fashion item of the flapper culture then sweeping America and the world. Although the young people who flooded into this booming industry were avid participants in Jazz Age culture, they also embraced a surprising, rights-based labor movement, headed by the socialist-led American Federation of Full-Fashioned Hosiery Workers (AFFFHW).

In this first history of this remarkable union, Sharon McConnell-Sidorick reveals how activists ingeniously fused youth culture and radical politics to build a subculture that included dances and parties as well as picket lines and sit-down strikes, while forging a vision for social change. In documenting AFFFHW members and the Kensington community, McConnell-Sidorick shows how labor federations like the Congress of Industrial Organizations and government programs like the New Deal did not spring from the heads of union leaders or policy experts but were instead nurtured by grassroots social movements across America.

“Grounded in archival research and oral history interviews. . . . McConnell-Sidorick does not shy away from questions of race and sexuality where her evidence speaks directly to these topics. Recommended.”--Choice

“Skillful weaving of the interrelationship of human rights, women’s rights, and industrial unionism and the importance of a community-based approach in teasing out the threads of worker’s activism.”--Labour/Le Travail

"Sharon McConnell-Sidorick’s engaging history of a radical labor union in 1920s Philadelphia speaks to some of the most exciting developments in labor and women’s history."--Pennsylvania Magazine of History and Biography

"A thoroughly researched and elegantly written account that enriches our understanding of the interwar years. In a compelling analysis, the book shows how labor activism shaped working-class identity and contributed to an emerging social welfare state at a time of economic crisis and cultural change."--American Historical Review

“It is remarkable that the hosiery workers’ central role in the labor movement of the 1920s and 1930s has been as overlooked as it has been in the historical literature. McConnell-Sidorick is the first to fully tell this story, and she tells it masterfully. For anyone trying to understand the trajectory of the U.S. labor movement in the twentieth century, this book is a vital resource.”--Janet Irons, author of Testing the New Deal

“McConnell-Sidorick's study highlights the importance of community-based unionism and radical ideals in shaping the struggle for social justice in the twentieth century. It is based in the Kensington area of Philadelphia and a small hosiery workers union, but the author is able to tell a much larger story that expands beyond the boundaries of this space and organization. Her story is about the creation of a social movement . . . that carried the values of the Knights of Labor into a new era.”--Rosemary Feurer, author of Radical Unionism in the Midwest, 1900–1950 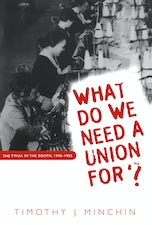