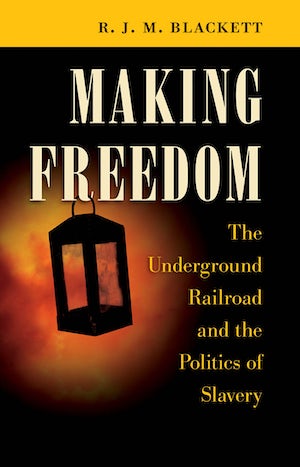 The 1850 Fugitive Slave Law, which mandated action to aid in the recovery of runaway slaves and denied fugitives legal rights if they were apprehended, quickly became a focal point in the debate over the future of slavery and the nature of the union. In Making Freedom, R. J. M. Blackett uses the experiences of escaped slaves and those who aided them to explore the inner workings of the Underground Railroad and the enforcement of the Fugitive Slave Law, while shedding light on the political effects of slave escape in southern states, border states, and the North.

Blackett highlights the lives of those who escaped, the impact of the fugitive slave cases, and the extent to which slaves planning to escape were aided by free blacks, fellow slaves, and outsiders who went south to entice them to escape. Using these stories of particular individuals, moments, and communities, Blackett shows how slave flight shaped national politics as the South witnessed slavery beginning to collapse and the North experienced a threat to its freedom.

R. J. M. Blackett is Andrew Jackson Professor of History at Vanderbilt University and author of Divided Hearts: Britain and the American Civil War, among other books.
For more information about R. J. M. Blackett, visit the Author Page.

"It deserves its place on the growing shelf of studies of the Underground Railroad."--The Annals of Iowa

"A valuable work of scholarship and an asset among the shelves of libraries both public and personal."--New York History

“Blackett delivers many vivid accounts of escapes. . . as well as an illuminating discussion of slave catching and the organized kidnapping of free blacks.”--Journal of Interdisciplinary History

“This slender volume packs a powerful punch. R. J. M. Blackett selects compelling stories that convey the deep and extensive networks essential to the operation of the Underground Railroad, its corrosive effect on the slave system, and role in the ultimate demise of slavery.”--Ohio Valley History

“Making Freedom is a well-written and informative volume that provides valuable insights into the thinking undergirding the actions of freedom seekers and their supporters.”--Pennsylvania Magazine of History and Biography 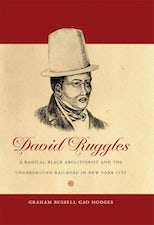